An Oakland clothing store was looted following a wave of smash-and grabs in the Bay Area. Azenith Smith reports

OAKLAND, Calif. - An Oakland clothing store was stripped Monday night after nearly 30 people stormed the place, according to a police report.

Surveillance video from inside Prime 356, located on 14th Street in downtown Oakland, shows a group running through the store and snatching hats, shoes, and clothing from shelves.

The suspects are shown on video dressed in black with latex gloves on and most of their faces concealed. They are seen moving swiftly through the store with an alarm blaring in the background. That alarm system is what alerted the store's owner who then called the police.

Officers made it to the scene within 10 minutes, but no arrests were made.

The shop was looted following a string of other retail thefts across the Bay Area from shops in San Francisco's Union Square to Nordstrom in Walnut Creek. 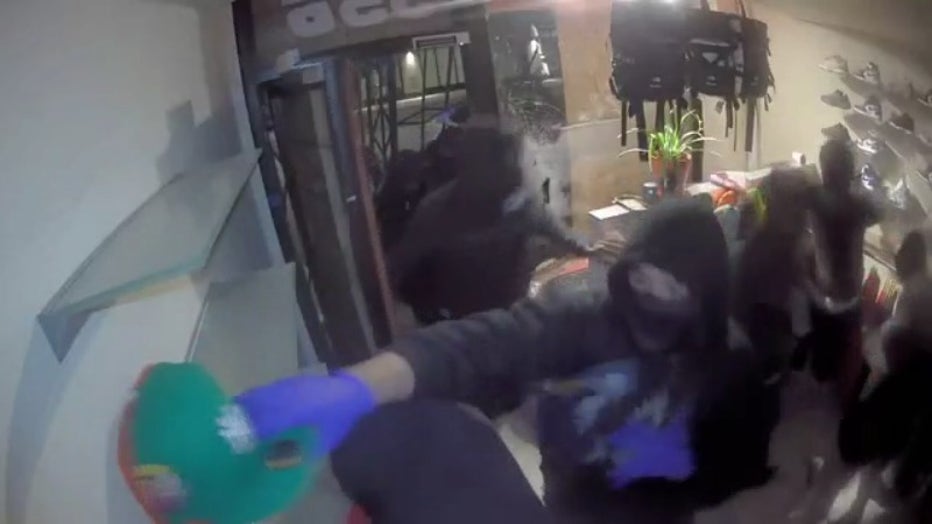