Erik Mrazek had attended many tragic scenes in his life before. But when he arrived at the fatal party bus scene in Oakland, the 44-year-old paramedic said he had never seen anything of that magnitude before. KTVU's Henry Lee reports.

OAKLAND, Calif. - Erik Mrazek thought he might be winding down for the night. It was after midnight on Tuesday and he had just returned from another call at Highland Hospital.

But then, the 44-year-old supervising paramedic for Falck checked in with his ambulance crew one more time at the hospital just before 12:30 a.m.

Things were not winding down: There'd been a shooting with multiple victims.

Little did he know how the scene would unfold and take a toll on his emotions now and for the foreseeable future.

Mrazek had been to plenty of these calls before. He is stationed at 4th and Fallon streets in Oakland and Falck is Alameda County’s primary 911 transport service provider.

He assumed he would arrive to assist at a shooting on the street.

But when he showed up to this scene, he discovered that someone had fired 70 bullets at a party bus filled with teenage girls and young women off Interstate 580 near Foothill Boulevard at 68th Avenue. 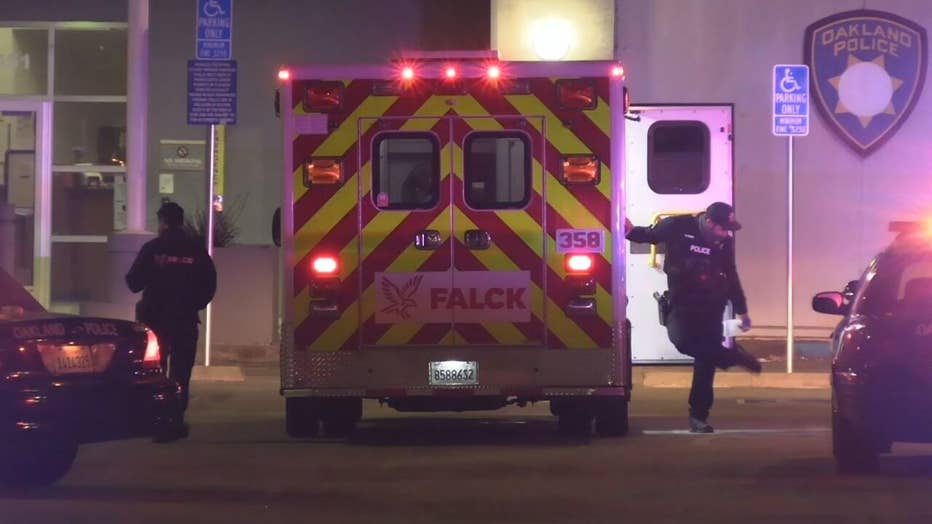 Four ambulances were called to assist with the fatal party bus shooting on May 18, 2021 in Oakland.

"I was not expecting that type of scene," Mrazek said in an interview with KTVU. "Just the magnitude. All these kinds of accidents and shootings that happen do leave a mark. But this definitely ranks up there as one of the worst."

It was a good thing that Mrazek had thought ahead and requested the help of four ambulances. Firefighters and police officers from Oakland and the California Highway Patrol were also there.

Putting his own emotions aside, Mrazek and his team set to triaging the most wounded.

"There were a lot of people all around," he said. "My first unit was trying to assist the fire department and get the most critical on gurneys."

At this point, Mrazek said the young women were outside the bus. 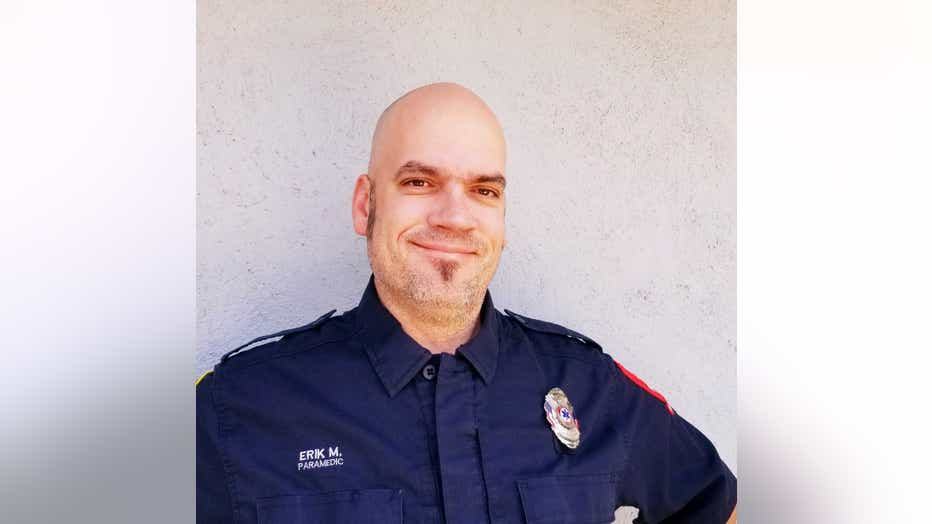 Erik Mrazek had attended many tragic scenes in his life before. But when he arrived at the fatal party bus scene in Oakland, the 44-year-old paramedic said he had never seen anything of that magnitude before.

He is not allowed to divulge personal details of their medical conditions or speak about any investigative matters into the search for at least two shooters suspected to have killed Zoey Hughes, 16, of Modesto and Alayasia Thurston, 19, of Stockton, and wounded five friends, all of whom were celebrating someone's 21st birthday party in San Francisco.

The young women on the bus were headed home to the Central Valley when they were shot at by people in a car on the highway for an unknown reason.

Authorities have said they do not believe this was a random attack. No further details have been provided, including the name of the party bus company or any type of motive for the barrage of bullets fired at a celebratory bus of young women.

But Mrazek did describe the scene in general: The patients were "visibly in shock." None of them understood what was going on. They were all crying, he recalled.

He, too, at first didn't comprehend the situation he found himself in.

But the "why" of the shooting was not of utmost concern to him at that point.

"I am trained to assess what's going on and focus on treating, triaging and transporting," he said.

So, that's what he and the other first responders did.

After he got the most seriously injured into ambulances and off to the hospital, Mrazek walked throughout the scene, looking for those with minor injuries, not wanting to miss anyone left behind.

Now, a few days later, Mrazek is trying to process it all.

He's trying to learn more about what happened and why. His wife donated money to Zoey's funeral expenses. He took a day off work for his own mental health. He's spending time with his three children in Vacaville, attending their baseball games, to appreciate what he has and to distract him from those awful, lingering memories.

He said that tragedies such as this take a personal toll on the well-being of emergency personnel, too.

He described his team of medics as his "Alameda County family," and they all work "hand in hand to decrease the suffering and help the public with the resources that we have."

Everyone that he knows and works with takes these deadly encounters to heart.

"We don't take it lightly when we're involved in something like this," he said, noting that both the victims' families and first responders will be "dealing with this trauma for the rest of their lives."