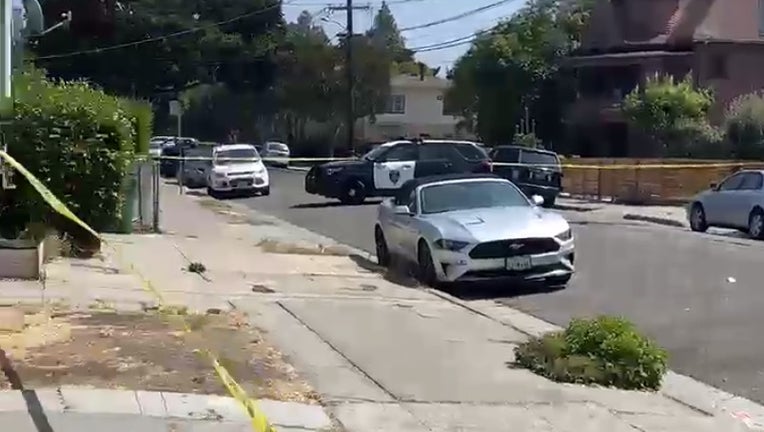 A man was shot in his back just before noon on Friday, according to the Citizen App. Photo: Citizen App.

OAKLAND, Calif - Oakland police are investigating a shooting that left one person with injuries just before noon on Friday.

Police say they responded to the 5800 block of Telegraph Avenue. Once at the scene, officers found one person suffering from at least one gunshot wound.

The victim, who was not identified, was treated by officers and Oakland firefighters at the scene, then was taken to a nearby hospital for treatment of their injuries.

Police did not release any information on the condition of the victim.

There was also no mention if the person responsible for the shooting was in police custody.

Man Shot in Back @CitizenApp