The coronavirus outbreak at San Quentin State Prison is spreading beyond the walls as triage tents are setup outside, and dozens of inmates are transferred to Bay Area hospitals.

SAN QUENTIN, Calif. - The coronavirus outbreak at San Quentin State Prison is spreading beyond the walls as triage tents are setup outside, and dozens of inmates are transferred to Bay Area hospitals.

Cases of COVID-19 are growing by the hour, with more than 1,100 infected inmates and 100 plus prison staff members. While testing is increasing, state employees are scrambling to separate contagious inmates away from others. Based on current results, one-third of prisoners have tested positive for the virus out of roughly 3,500. 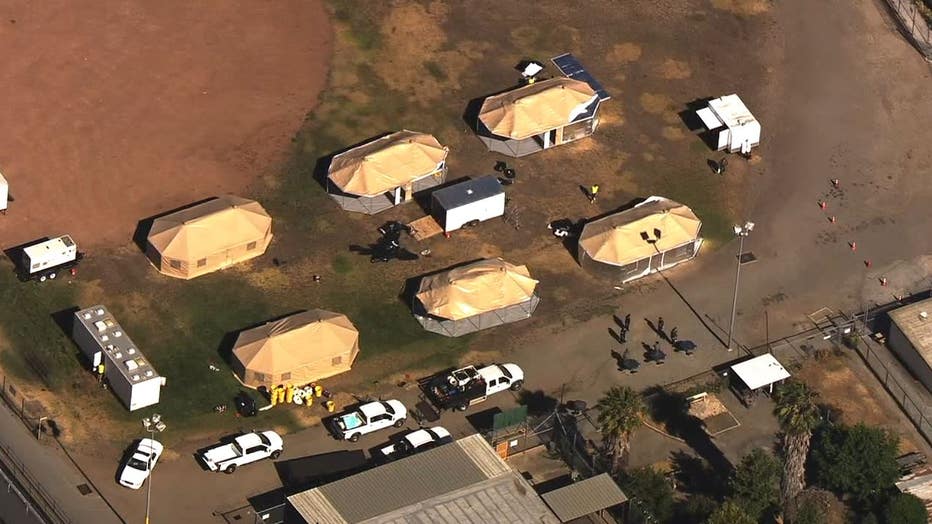 Levine previously called for an epidemiologist to be put in charge and has grown increasingly frustrated after his calls for action were ignored.

Because a little more than four weeks ago, there were zero cases at San Quentin. The coronavirus arrived when 121 inmates were transferred from the California Institution for Men in Chino, which already had an outbreak.

Over the last two weeks, a hundred cases at San Quentin have exploded to more than one thousand. Also, a 71-year-old death row inmate was found unresponsive in his cell last Wednesday and died. It was later confirmed by the Marin County Coroner and state officials that the man tested positive for COVID-19.

Currently, dozens of inmates are being hospitalized with as many as 200 expected to need medical care in the next few weeks.

“We don’t want to overwhelm our local hospitals,” Levine said. “They could be dealing with a community spread.”

Since then, the air-conditioned tents have been setup and the state said in a statement it is “working around the clock” to look at ways to improve response efforts. 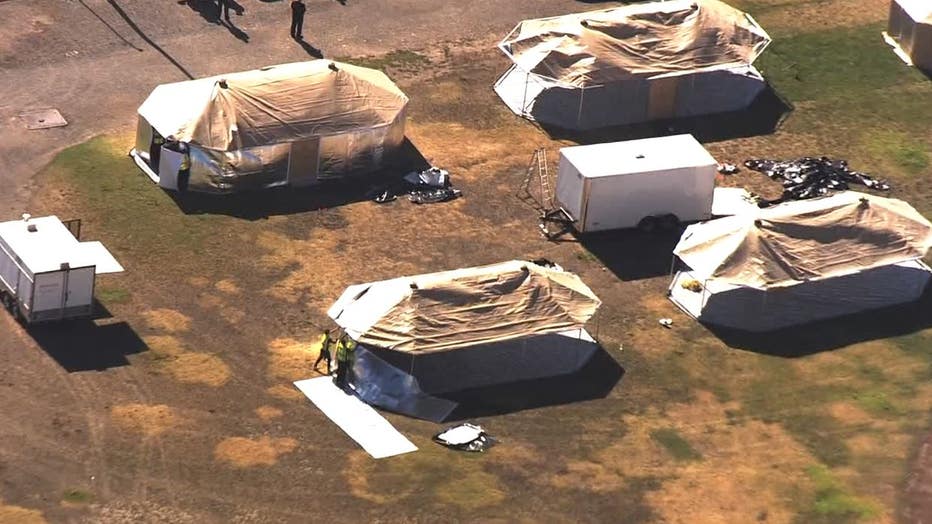 “Known that we’ve been very focused on this,” Gov. Newsom said in a news conference Tuesday. “We are working very, very closely with our health director.”

But UC Hastings law professor Hadar Aviram said the issue is boils down to the vulnerable population within San Quentin. She wants to see testing ramped up, no more transfers between prisons, and early releases for elderly inmates or those who have spent decades in prison.

“These are precisely the people that we need to let out at this moment,” Aviram said. “These are the people who are most at risk of dying of this disease.”

California Department of Corrections and Rehabilitation said 42 percent of the population at San Quentin are elderly or considered medically high-risk.

While there is a plan to grant early release to 3,500 inmates beginning July 1 among all prisons, reform advocates argue not enough is being done to protect those behind bars.

Gov. Newsom addressed those concerns Monday and explained one of the challenges is finding places for some inmates to stay if they were to be released. Inmates convicted of violent crimes or sexual offenders do not qualify for early parole. Those who do must only have 180 days or less left on their sentences.

Still, there is fear over community spread at San Quentin. Additionally, hundreds of prison guards and staff are inside the prison every day. So far, 102 employees have tested positive according to the state’s website monitoring COVID-19.

“If there are people going in and out of these places, everybody is at risk if the people inside are at risk,” Aviram said.

The State Senate Committee on Public Safety will hold an oversight hearing Wednesday on the COVID-19 outbreak in California prisons. The focus is the state’s management of the crisis including current and future plans as more than half of all California prisons have positive cases.

Brooks Jarosz is an investigative reporter for KTVU. Email him at brooks.jarosz@foxtv.com and follow him on Facebook and Twiiter: @BrooksKTVU