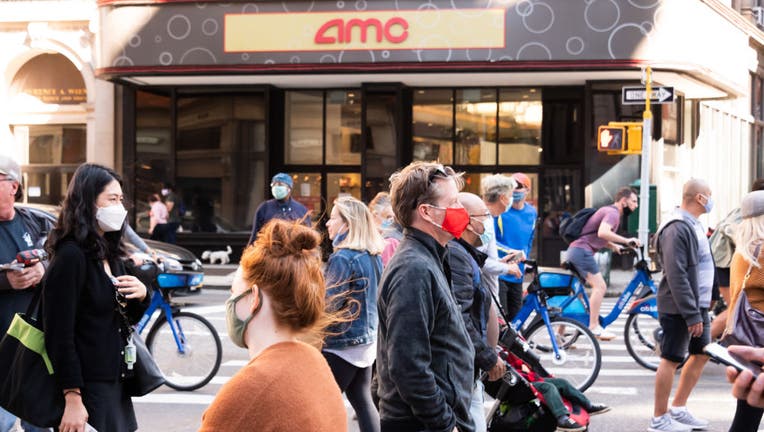 About three quarters of the country’s movie theaters are open, but Americans are not going back in significant numbers in the COVID-era, even with new films coming into the marketplace weekly.

The biggest movies continue to limp along. According to studio estimates Sunday, Warner Bros.’ “Tenet” earned $4.7 million in its third weekend from nearly 2,930 locations, Disney’s “The New Mutants” added $1.6 million in its fourth weekend, “Unhinged” brought in $1.3 million and Sony’s rom-com “The Broken Hearts Gallery” picked up an additional $800,000 in its second frame.

And newcomers aren’t faring any better. The faith-based “Infidel,” which stars Jim Caviezel, did the best with $1.5 million from just over 1,700 theaters.

This weekend also saw the limited release of two adult dramas, IFC’s “The Nest,” with Jude Law and Carrie Coon, and Bleecker Street’s “The Secrets We Keep,” with Noomi Rapace. Both played in under 500 theaters across the country and neither got much more than $200 per location. “The Nest” earned an estimated $62,000 from 301 locations and “The Secrets We Keep” brought in just under $90,000 from 471 theaters.

“There’s no question that this is an extraordinarily challenging marketplace, especially for North America,” said Paul Dergarabedian, Comscore’s senior media analyst. “This is a slow roll out. It's going to take some time.”

The nation’s biggest chains have been open for about a month after nearly six months of being closed due to the pandemic and a lack of new releases. But since reopening with enhanced safety measure and the promise of new blockbusters, they haven’t gotten the infusion of business they were hoping for. Indoor theaters are still not open in two of the country's biggest markets, New York and Los Angeles.

The North American earnings have not been promising for studios with theatrical releases on the horizon either. Christopher Nolan's “Tenet” has only earned $36.1 million from North American theaters to date. The performance has led some studios to push back releases even further and some wonder whether more will follow. The next major release on the calendar is Disney and Marvel’s “Black Widow” on Nov. 6.

“It’s natural that we’re going to see release date changes for many movies,” Dergarabedian said. “It's a very unpredictable marketplace."

Globally “Tenet” has also managed to cross a major milestone this weekend: The $250 million mark.

Still, just because theaters are doing more business internationally does not mean a new movie will be a surefire hit, as Disney's live-action “Mulan” has proven in China.

After a disappointing debut in China last week, “Mulan” dropped 72% in its second weekend where local audiences have criticized it for being “ inauthentic.” The film added $6.5 million in China and $10.9 million total, bringing its international total to $57 million. The $200 million production was supposed to be a massive global theatrical release back in March and The Walt Disney Co. revised plans a number of times before settling on a hybrid release. “Mulan” is currently available for a $29.99 rental for Disney+ subscribers and playing in theaters where the streaming service is not available.

But the industry is also just getting its footing in this new COVID-era marketplace. The box office tracker Comscore was able to release a domestic top 10 chart for the first time in six months.

“Just having a full top 10 chart is a real win for the industry,” Dergarabedian said. “The question is how many big movies are coming out in the next few weeks and months and will the marketplace be able to sustain itself? That remains to be seen.”

Estimated ticket sales for Friday through Sunday at U.S. and Canadian theaters, according to Comscore. Final domestic figures will be released Monday.