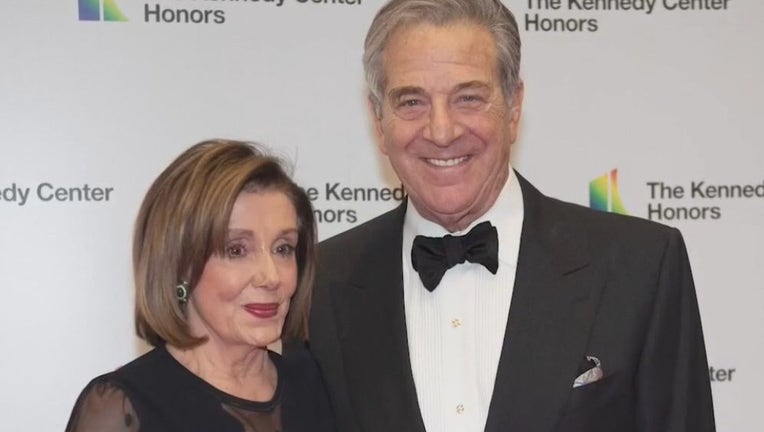 WASHINGTON - House Speaker Nancy Pelosi said the violent hammer attack on her husband will impact her decision on whether to remain in Congress after the midterm election.

She made the comments during a wide-ranging and at times emotional interview with CNN on the eve of Election Day on Monday, as she urged Americans to "vote to defend our democracy."

Pelosi acknowledged that speaking about the attack during the interview with CNN’s Anderson Cooper brought her "close to tears a number of times" as she described the fear she felt and the trauma on her 82-year-old husband.

"I’m sad because of my husband, but I’m also sad for our country," Pelosi said, adding that the attack was a result of a flame that was fueled by misinformation, which she said "has no place in our democracy."

When asked if she had made a decision on whether or not to remain in Congress, Pelosi would only disclose that the attack on her husband had impacted her thinking.

"I have to say my decision will be affected about what happened in the last week or two," Pelosi said.

Top Republican leaders including allies of Donald Trump and even new Twitter-owner Elon Musk have mocked and downplayed the attack, despite the gravity of the assault on her husband.

"There has to be some message to the Republicans to stop the disinformation," she said. "We want the country to heal."

Pelosi said she was sleeping at her apartment in Washington, having just returned from San Francisco, when there was a "bang, bang, bang, bang, bang," on her door. It was about 5 a.m. on the morning of Oct. 28.

"I was very scared," Pelosi told CNN. "I’m thinking my children, my grandchildren. I never thought it would be Paul."

The interview marked the first time she spoke publicly about the specifics of the night of her husband Paul's attack.

"We didn’t even know where he was or what his condition was," Pelosi said. "We just knew there was an assault on him in our home."

The house speaker's comments came as the Democrats were struggling against a surge of Republican enthusiasm to keep control of Congress at a time of rising threats of violence against lawmakers and concerns over the U.S. election.

"I just want people to vote, and we will respect the outcome of the election, and I would hope that the other side would do that as well," she said.

Paul Pelosi was bludgeoned 11 days before the election by an intruder authorities said broke into the family’s San Francisco home and was looking for the speaker before striking her husband in the head with a hammer at least once.

The intruder told police he wanted to talk to Speaker Pelosi and would "break her kneecaps" as a lesson to other Democrats. Paul Pelosi suffered a fractured skull and other injuries in what authorities said was an intentional political attack.

"For me this is the hard part because Paul was not the target, and he’s the one paying the price," Pelosi said.

Pelosi said the hammer hit her husband in two places, but did not pierce his brain. Pelosi said his recovery was "on a good path," but she acknowledged "it’s a long haul."

Suspect David DePape, 42, was being held without bail in San Francisco after entering a not guilty plea to attempted murder and other charges in San Francisco. He also faced federal charges of attempted kidnapping of an elected official.

The fringe activist who followed conspiracy theories broke into the Pelosi home, woke up Paul Pelosi and demanded to talk to "Nancy," authorities said. When Paul Pelosi told the intruder his wife was out of town, DePape said he would wait. After Paul Pelosi called 911, officers arrived to see the two men struggling over a hammer before DePape struck Paul Pelosi at least once in the head with the hammer.

DePape later told police he wanted to kidnap the speaker and threatened to injure her "to show other members of Congress there were consequences to actions."

Until Monday's interview, Pelosi had said little about the attack on her husband, cutting short her campaign appearances. Last week she did make remarks during a virtual call to grassroots activists, after Paul Pelosi's release from the hospital.

SEE ALSO: Nancy Pelosi thanks supporters for well-wishes in video

House Speaker Nancy Pelosi now says the attack on her husband has her rethinking her position in office. In an interview with CNN, she said it will be a long recovery for Paul Pelosi, who was hit in the head with a hammer.