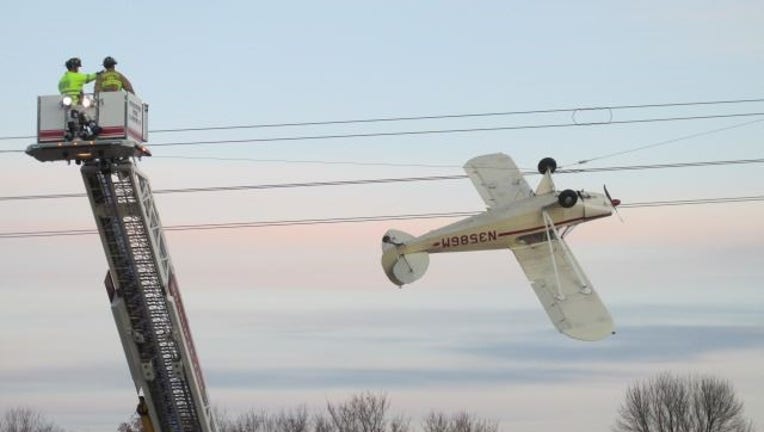 A pilot was rescued after his plane got caught in power lines in Shakopee, Minnesota.

(FOX 9) - A pilot was able to escape without injury after his plane became tangled in high-voltage power wires near Shakopee, Minnesota on Saturday.

According to the Scott County Sheriff's Office, at about 3:57 p.m., the sheriff's office received a report of a single engine plane that collided with a power line, became entangled and was suspended upside down on the 2500 block of West 150th Street in Louisville Township. 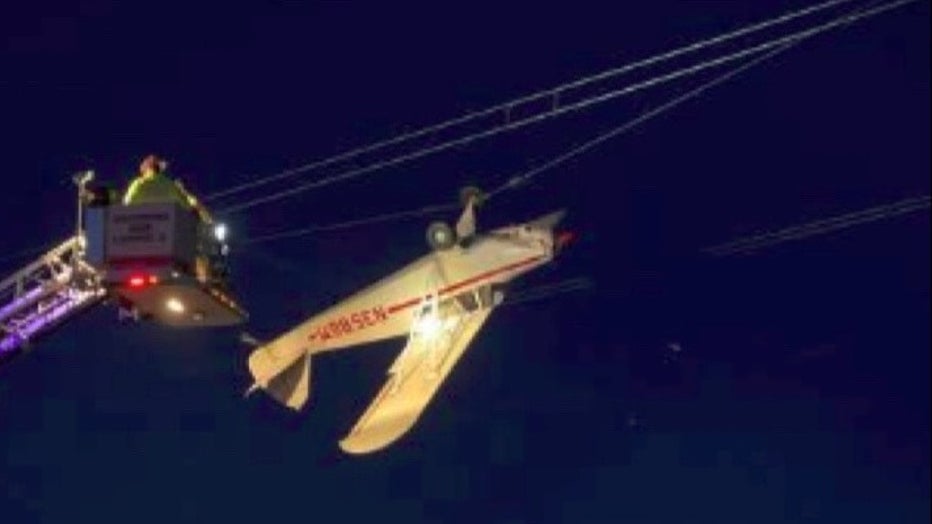 The initial investigation indicated that the plane, a single-engine prop Piper plane was traveling south, hit a cluster of power lines and became suspended on a guideline, upside down. Officials said once the power line was de-energized, the pilot was rescued from the plane.

The pilot, who was the sole occupant of the plane, was identified as a 65-year-old man from Shakopee. He did not sustain any injuries as a result of this incident.

“This incident could have been much worse,” said Sheriff Luke Hennen said in a release. “We are grateful the pilot was able to walk away without any injuries.”

The investigation into the crash was turned over to the Federal Aviation Administration.