This is the first time fans will enter Oracle Park in more than a year and a half to watch the San Francisco Giants play the Colorado Rockies. The first pitch is at 1:35 p.m. Friday. Elissa Harrington reports

This was the first time fans entered Oracle Park in more than a year and a half to watch the San Francisco Giants play. The first pitch was tossed at 1:35 p.m. Friday and the home team went on to defeat the Colorado Rockies 3-1.

Prior to the game, the Giants recognized the courage of some fans who have been the victims of disturbing attacks. 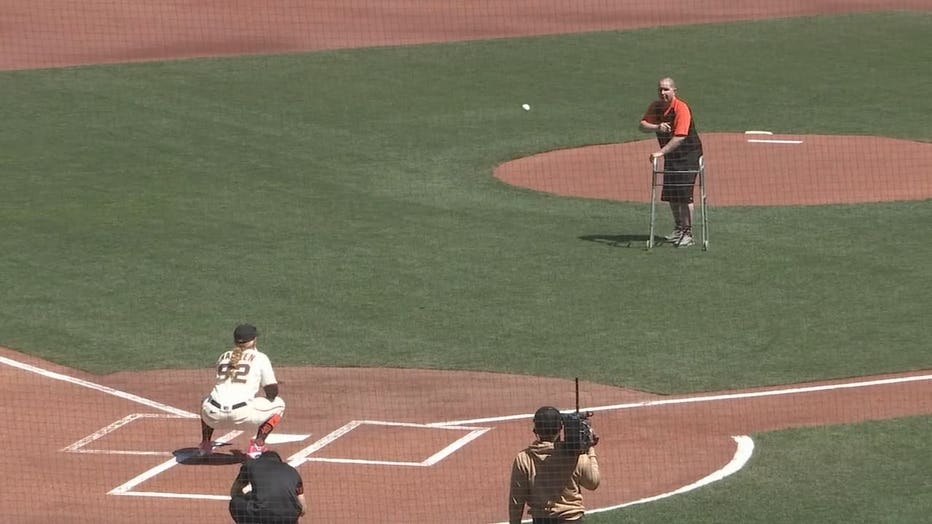 Bryan Stow, the Giants fan who was beaten into a coma at Dodger Stadium 10 years ago, threw out the honorary first pitch. 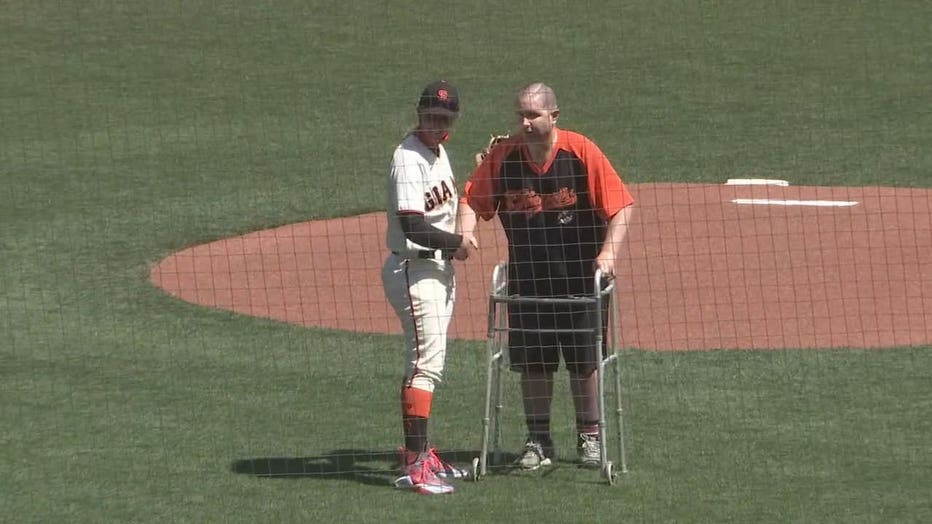 Another guest of honor included Xiao Zhen Xie, the victim of an unprovoked attack in San Francisco last month.

She and her family were welcomed to the home opener as District 6 Supervisor Matt Haney posted photos of the occasion on his Twitter page.

Her family has helped raise nearly $1 million in the fight against anti-AAPI hatred and racism after her story went viral.

A total of 8,900 fans were be able to take their seats and cheer on the Giants live and in person. The Giants are only seating 22% capacity.

Last season, seats were filled with cardboard cutouts because of the pandemic.

This season, fans will either have to provide a negative COVID test within 72 hours of a game or proof of a full vaccination.

Food and drinks will be ordered through an app from your seat. Fans with a ticket will either have to provide a negative COVID test within 72 hours of a game or proof of a full vaccination. Once inside, people will be socially distanced.

Today is Opening Day at Oracle Park! San Francisco Giants CEO Larry Baer spoke with KTVU's Sal Castaneda on The Nine on Friday, April 9, 2021 about the excitement around the ballpark this morning.

Giant CEO Larry Baer explained what the fan experience will be like going forward.

"Were just happy to have the energy back with the fans. And more importantly, we’re excited the community is in such a better place now and working toward getting back to normalcy," said Baer.

Despite the changes, fans are excited for the atmosphere of a live game and feel this is the start of getting back to normal.

"The whole neighborhood vibe is that this thing may be coming to an end," said Giants season ticket holder Steve Johnson before the game. "Just seeing a few thousand fans show up for the game so that's exciting."

Among the fans were the parents of Giants pitcher Caleb Baragar. This is their very first in-person game at Oracle Park, and it’s their son’s birthday.

"This is the first time we get to see him play," Mark Baragar said.

The Golden State Warriors have also announced plans to welcome fans back to the Chase Center on April 23.

Giants and Warriors prepare to welcome fans back

Both the Giants and Warriors say they've worked hard to welcome back fans safely. Officials are advising fans to be prepared for some changes related to COVID protocol.