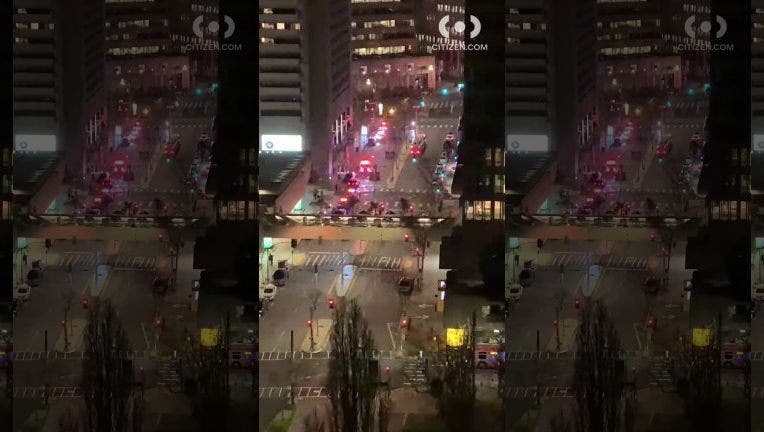 Police identified the suspect arrested as Tyler Gangell, 25, and booked him into San Francisco County Jail for suspicion of numerous violations, including committing two counts of attempted murder, two counts of assault with a deadly weapon, carrying a loaded firearm in a public place/vehicle, along with several other firearms-related violations.

The arrest follows an investigation prompted by an 8:17 p.m. report Friday of a shooting on Drumm Street.

Officers responded and found two men inside a hotel suffering from gunshots wounds.

They rendered aid and called for emergency medical responders, which transported the shooting victims to a nearby hospital, one with life-threatening injuries and the other with less serious injuries.

During the course of the investigation, police were contacted by someone who claimed to know the suspect, who wanted to turn himself into police custody. Investigators were given the suspect's location in Merced and coordinated the suspect's arrest and transfer to San Francisco with the Merced Police Department.

The investigation remains active and ongoing. Police ask that anyone with information regarding this incident to call the SFPD 24-hour-tip line at 1-415-575-4444 or Text a Tip to TIP411 and begin the message with SFPD.