OAKLAND, Calif. - Oakland's police chief said there were so many shootings and deaths on July 4 that police were not able to deal with the illegal fireworks and sideshows that were also cropping up throughout the city.

There were seven shootings that began Sunday evening and didn't conclude until about 10 a.m. on Monday, Chief LeRonne Armstrong told reporters at a news conference.

"It was 12 hours of nonstop chaos," Armstrong said. "That is what is concerning. The level of celebratory gunfire is something we haven't seen before."

Then he added: "Does this department need resources? Clearly, we do. We were clearly outnumbered." 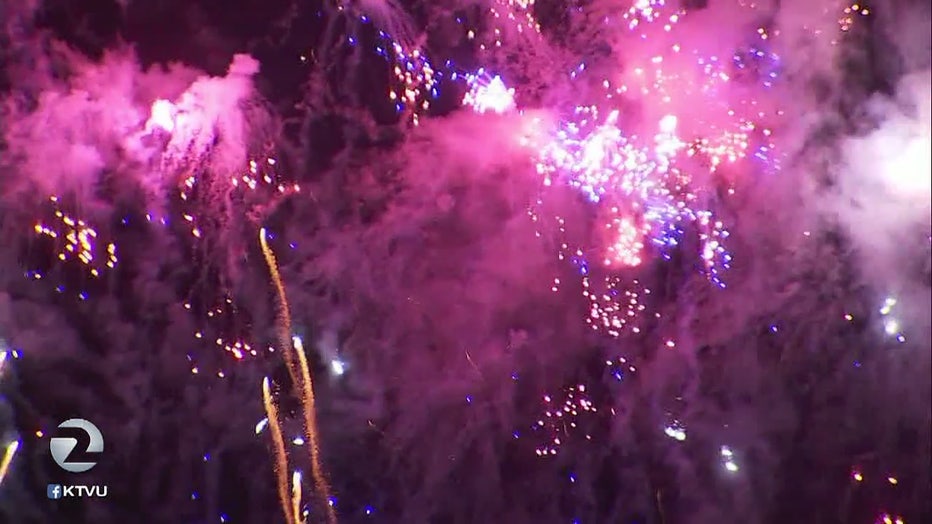 Armstrong has been vocal about what he sees as a need for more resources as the city council recently voted to spend some of what had traditionally gone toward police and spend it on mental health crisis response units. Still, police received nearly $39 million more in this budget cycle than they did in the previous one.

Armstrong said that the department had tried to plan accordingly for July 4 in preparation for the illegal fireworks popping off all month in Oakland and the sideshows that have been regularly appearing on city streets and in residential neighborhoods.

But officers had to pivot from these assigned posts when major violence erupted in the city, Armstrong said.

"OPD was unable to manage any illegal fireworks activity," he said, saying he had to move officers to focus on violent crimes. "We were running from one scene to the other. We couldn't address the level of fireworks throughout the city."

At least three fires broke out in Oakland and in at least one of them, fireworks were found on the roof of the building.

Armstrong laid out the timeline of shootings and events that transpired from Sunday to Oakland:

9:37 p.m. 911 calls came in regarding a 16-year-old shot on 5400 block of Roberts Avenue. The shooting was related to celebratory gunfire.

10:51 p.m. A 45-year-old man was critically injured by gunfire on the 4200 block of International Boulevard.

11:49 p.m. A man who suffered blunt trauma to the head has now died in the same 4200 block of International Boulevard.

12:40 a.m. A victim walked into the hospital with gunshot wounds stemming from injuries he suffered in the 800 block of 59th Street.

Video captures illegal fireworks and a sideshow in San Francisco on July 4.

In addition to the shootings, Armstrong said that a "large and dangerous" sideshow, which reached a peak of 300 cars and 200 spectators appeared in the 5100 block of Telegraph Avenue, and along MacArthur Boulevard and High Streets.

Armstrong said many of the guests had guns and some pointed lasers and threw objects at police. He said officers made three sideshow-related arrests and confiscated four handguns and one rifle. San Francisco also had an illegal sideshow break out on Sunday in the Mission District.

"This is a clear statement of what is happening inthe city of Oakland," Armstrong said. "The level of violence is far too high. Violence overtook all of our resources. Officers did the best they could. But we are dealing with significant challenges. t was a sad night last night."