Police say they found a person shot to death inside of the vehicle. KTVU's Henry Lee reports.

PITTSBURG, Calif. - Pittsburg police on Wednesday identified a homicide victim who was shot and killed inside his Honda early this morning.

Police said the victim, Jabbar Mahmood, 19, of Antioch, was attacked before driving off and crashing. The homicide was first reported as a deadly crash.

The heavy police presence was first spotted about 3 a.m. on the corner of Shasta Circle and El Dorado Drive.

And while police first said it looked like there had been a fatal car crash, it was later determined that a man with a deadly gunshot wound was found lying next to a green car on the street.

Police said when they arrived at the scene it appeared that the man in the green car had hit a pole and a few other parked cars before rolling into a black car on El Dorado.

Mahmood is the second homicide victim in Pittsburg this year.

Neighbor Mayra Contreras said she heard a loud bang early in the morning, too and her instinct was to rush outside to check on her car.

Then her boyfriend saw someone in a green car right outside their home.

He ran over there and the man was asking for help.

"The gentleman was alive," she said.

Contreras said her boyfriend was performing CPR when police and the paramedics arrived and took over.

Police say they then noticed the victim had a gunshot wound to the upper torso. The man was later pronounced dead at the scene.

Contreras and her neighbor, Martha Rivera, said homicides are unusual in this area.

"For the most part, this is a quiet neighborhood," said Rivera, who caught some of what happened on video. "There are elderly people like me and my husband and younger is her, it’s more families."

The neighbors said if it wasn't for the loud noise, they wouldn't have known that a man had been killed just outside their doors.

"Our instincts were kind of like to run and to see if our cars were fine and it was ended up coming out to see the situation that happened this morning," Contreras said.

"We’ve been here for almost five years now and this will be the worse thing that I ever heard close by," Rivera said.

No suspect information has been released.

The Pittsburg Police Department is requesting the public’s assistance and asks anyone with additional information to please contact the tip line at 925-252-4040. 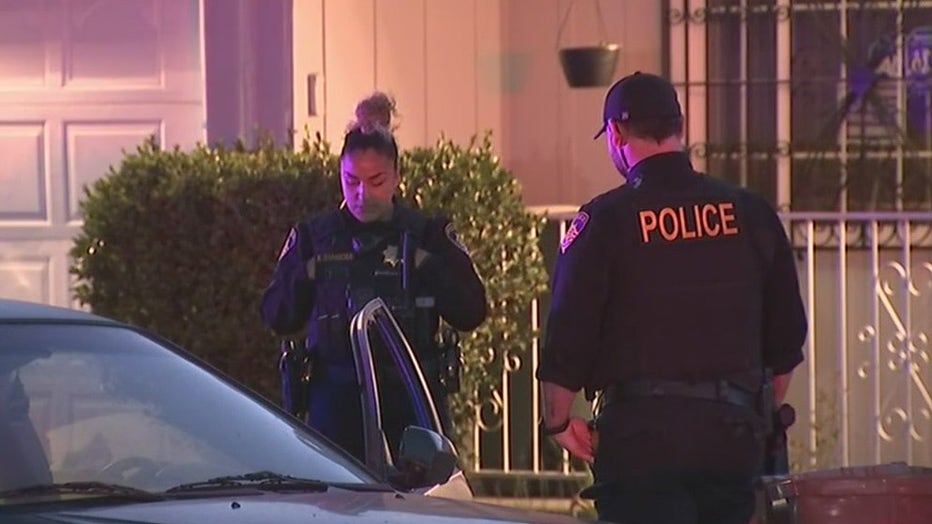