SANTA ROSA, Calif. - With more Public Safety Power Shutoffs coming from PG&E in numerous Northern and Central California counties, many people are opting for some level of power independence. All over the outage areas, people are rushing to rent or buy generators before the final warning alerts sound.

"The demand has absolutely exploded. We have gone from selling one or two generators a month ago, to selling hundreds in a matter of three weeks."

"At the moment, you know, there are none available. Last week, I think we had to turn down at least a hundred calls or more, referring people to competitors, sending them to big box stores to purchase their own," said Sutcliff.

Unless you go big, however, small generators are very limited. 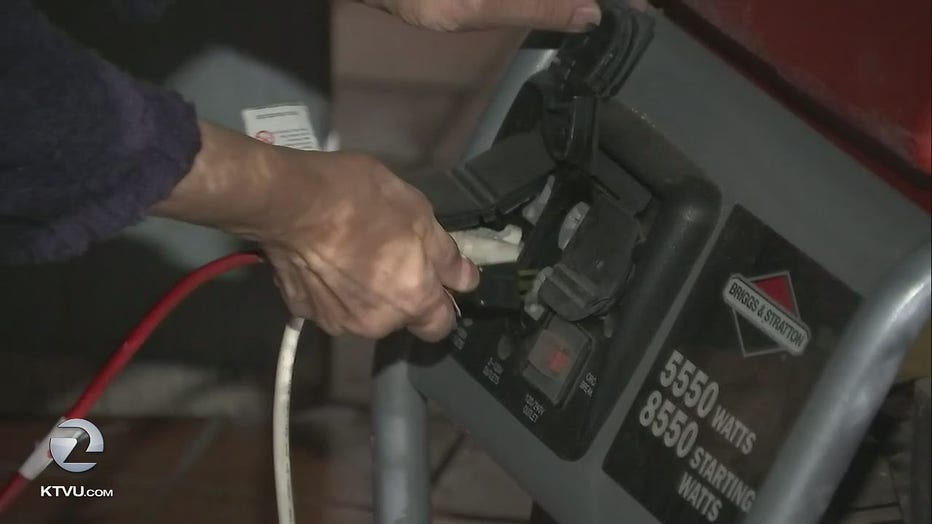 "They're renting these small units and they're frustrated that they can't plug in multiple freezers and refrigerators and use their microwave," said Sutcliff.

"People traditionally have installed solar to offset their bills and gain a financial return, and now, people are looking at backup as a service and so, the solution of solar and energy combined is the only solution that allows you to run your solar when the grid is down."

Bottom line is: you want to make sure you get the right contractor who has a good reputation and a competitive price. And you have to get equipment that has proven itself in the field over and over again.

If you go for the cheapest thing, it may be a financial disaster even in the short run.

A portable generator that'll keep a few things, like a refrigerator and TVs running, costs from around $1,000 to $2,500.

Solar system with battery backup will cost you $35,000 and up.

"These can be fairly complicated issues and we like to hold hands with the consumers as they investigate all options," said Krause.

"The way of the future is having grid neutrality where the grid is there, but you're able to self sustain when the grid goes down," said CED Greentech's Tyson Berg.