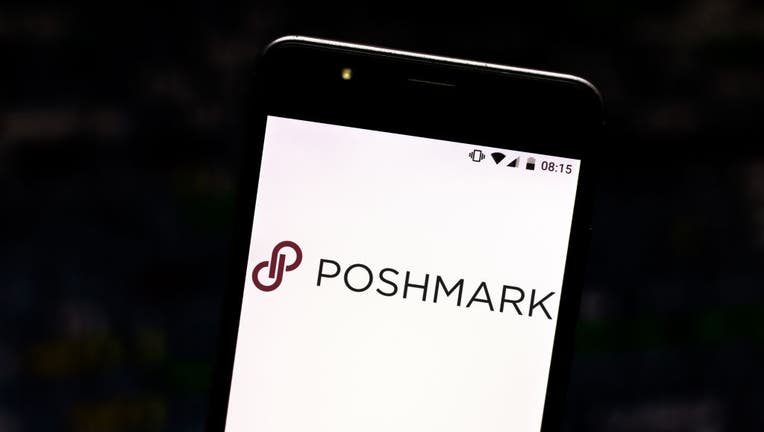 BRAZIL - 2019/07/08: In this photo illustration a Poshmark logo seen displayed on a smartphone. (Photo Illustration by Rafael Henrique/SOPA Images/LightRocket via Getty Images)

NEW YORK - Shares of Poshmark soared in their debut trading in the public markets Thursday, a testament to the strength of the online marketplace for second-hand goods even during a pandemic.

The company, founded in 2011 by Manish Chandra, debuted on the Nasdaq Stock Market and is listed under the ticker "POSH." Late Wednesday, the initial public offering of 6.6 million shares was priced at $42 a share, above an expected range of $35 to $39 a share.

Poshmark, based in Redwood City, California, is hitting the public markets as the coronavirus continues to batter traditional physical retailers, particularly those operating at malls. But many online second-hand sellers like Poshmark have thrived. Poshmark has benefitted from shoppers’ dramatic shift to online shopping and customers' focus on second-hand goods. Poshmark is also a social marketplace where users buy and sell directly with each other and interact, something that has resonated with many people who are in isolation.

Poshmark, which has 70 million total users, achieved profitability for the first time in the quarter ended June 30.

For the nine month period ended Sept. 30, revenue rose to $192.76 million, up 28% from $150.49 million in the year-ago period, according to its prospectus filed with the Securities and Exchange Commission.