A heartbreaking account from a witness who saw the young boy who had been thrown from Navy Pier, sinking into Lake Michigan.

CHICAGO - Bail was denied for the woman who was charged with attempted murder after allegedly pushing her 3-year-old nephew into Lake Michigan off Navy Pier, leaving him in "very critical" condition.

Victoria Moreno, 34, is accused of pushing the boy into the water and not attempting to rescue him around 1 p.m. Monday near the 700 block of East Grand Avenue, police said.

Moreno was taken into custody roughly an hour after the incident. She appeared in bond court Wednesday where she was given a public defender.

A relative of the 3-year-old boy who was critically injured after being pushed into the water off Navy Pier has been charged with attempted first-degree murder in the attack.

The child vomited twice and sank before witnesses could throw in a floatation device. The defendant did nothing to help, according to surveillance video and witnesses.

The boy had to be retrieved from the bottom of the lake by CFD after the 6.5 foot fall.

He went into cardiac arrest and was rushed to Lurie Children’s Hospital, fire officials said. The boy is now on a ventilator and is not expect to survive, according to officials at the bond hearing Wednesday afternoon.

He has a swollen brain, bleeding in lungs, seizures, and needed a heart infusion because his heart is depressed. 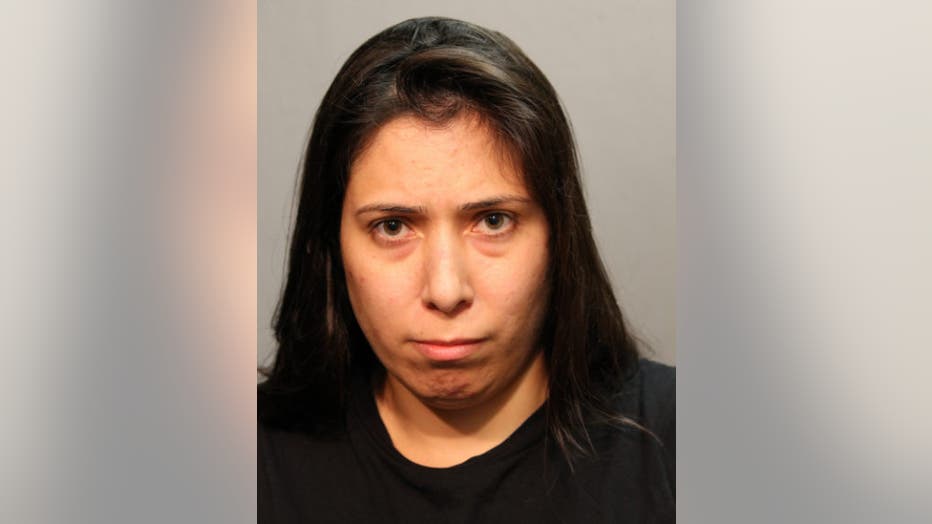 On the day of the incident, the boy’s mother had left her son with his grandmother, according to a report. When the grandmother went upstairs to change, Moreno left with the child.

She stole the keys to the family car and drove to the city with the boy.

The family searched the Des Plaines area, but Moreno drove to Shedd Aquarium. She was not admitted, so she took the boy to Navy Pier around 12:15 p.m.

According to the surveillance footage, the child was crawling under the chain that separates the walkway from the water. Moreno pulled the child back toward her while people were around.

She then waited for people to leave and allowed him to crawl under chain again. She looked around again to see if anyone was there, then she climbed over the chain and pushed him into the water.

She watched him drown several feet away near a stop sign.

The relative initially told responding officers that she was only a witness to the incident, then claimed she was holding the boy’s shirt and let go because he "was acting up," according to the police report and a source with knowledge of the investigation.

A 3-year-old boy left in critical condition after being rescued from Lake Michigan near Navy Pier on Monday was pushed into the water by a relative, a law enforcement source told FOX 32 News.

Witnesses said she was acting suspicious, and was the only one near the water.

A witness told police that she heard a splash and saw the child in the water. She ran to get a flotation device while another witness called 911, the report states. The relative didn’t make an attempt to call 911 or rescue him, the report states.

Ashton King, 31, said she was walking on the pier with a friend who heard and saw the splash but didn’t see what happened before. As soon as she saw the boy in the water, King called 911, she said.

A child is in very critical condition after being pulled from Lake Michigan near Navy Pier Monday afternoon, according to officials.

"He was … floating on his back and just looking up at the sky, his head was the only thing that was bobbing above the water," King told the Sun-Times.

Moreno told officers she brought the 3-year-old to Navy Pier to "go on the rides," the police report states.

"Your first instinct is to jump in, jump in and save them," said King, a mother of three who lives in suburban Oak Forest.

Moreno, of Des Plaines, was charged with attempted first-degree murder and aggravated battery of a child under the age of 13. She may face additional charges if the child's condition worsens.

The defendant is not allowed to drive because of her current medication.

Moreno does not have a prior criminal history. She does have a history of mental illness and suffers from anxiety, depression and insomnia.

She will appear in court again on Sept. 30.

The defendant will have no contact with the witnesses or family.

She is also being held on no bail.

The Sun-Times Media Wire contributed to this report.