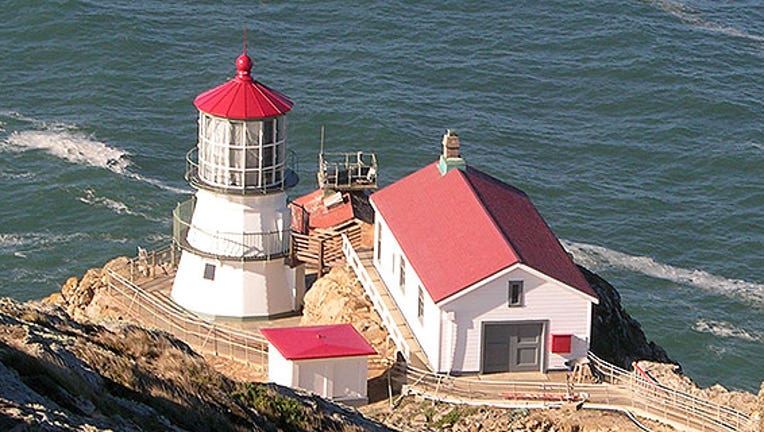 SAN FRANCISCO - After a 13-month, $5.7 million rehabilitation, the historic Point Reyes Lighthouse will reopen on Friday.

The lighthouse that is perched 10 miles out on the ocean was commissioned in 1870, and over the decades salt air and spray, extreme wind and moisture contributed to its deterioration.

The project's cost was mainly met by the National Park Service funds that direct visitor use fees from throughout national park units to deferred maintenance and projects that provide a direct visitor benefit as directed by the Federal Lands Recreation& Enhancement Act.

The lighthouse is one of the most highly visited areas in the Point Reyes National Seashore and it is considered the park's most iconic structure.

The rehabilitation also created an accessible pathway with new fencing and railing from a new parking area to the lighthouse overlook and visitor center. The last phase of the project will be the installation of new universally accessible exhibits throughout the historic district.

"We can't wait to reopen the park's most visited site after the largest renovation in the 149-year history of the Point Reyes Lighthouse," Superintendent Cicely Muldoon said in a news release.

The lighthouse warned mariners about the peninsula jutting out into the ocean and the ominous near-shore conditions that wrecked more than 100 vessels. It was managed by lightkeepers until 1975 when the U.S. Coast Guard installed an automatic beacon thereby decommissioning the structure.

The Point Reyes National Seashore became the stewards for preserving the historic structure.

The visitors center and access to the lighthouse opens Friday, and the park will celebrate the preservation of one of California's important, historic maritime structures on Dec. 1, the 149th anniversary of the first shining of the lighthouse, by staying open past sunset and offering evening walks to the lighthouse.