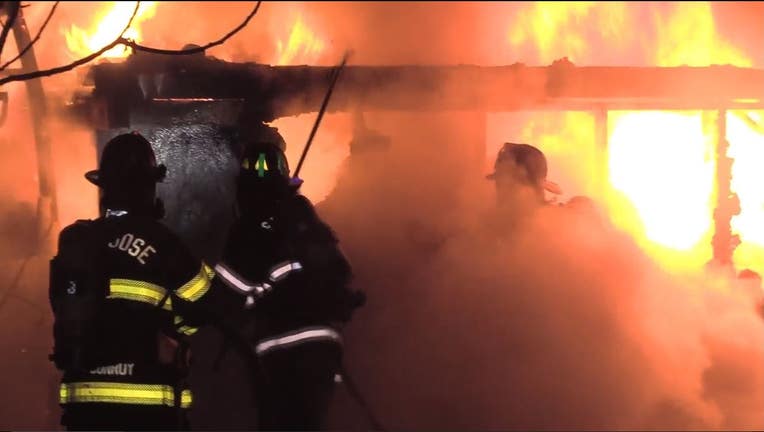 SAN JOSE, Calif. - Sixteen people were forced out of their homes early Thursday morning, after a fire damaged several homes in a central San Jose neighborhood.

The fire started around 11 p.m. Wednesday near 7th and Julian streets.

When firefighters arrived, they found a wall of flames along a fence that sits between two residential properties.

A two-story home with several people living inside, and another home right next to it with another eight residents, all had to leave.

Fire Capt. Peter Caponio said it looked like the fire started in the RV, which investigators are looking into.

One man was treated for smoke inhalation. But there were no other injuries.

Firefighters remained at the scene overnight, to keep an eye out for any hotspots. 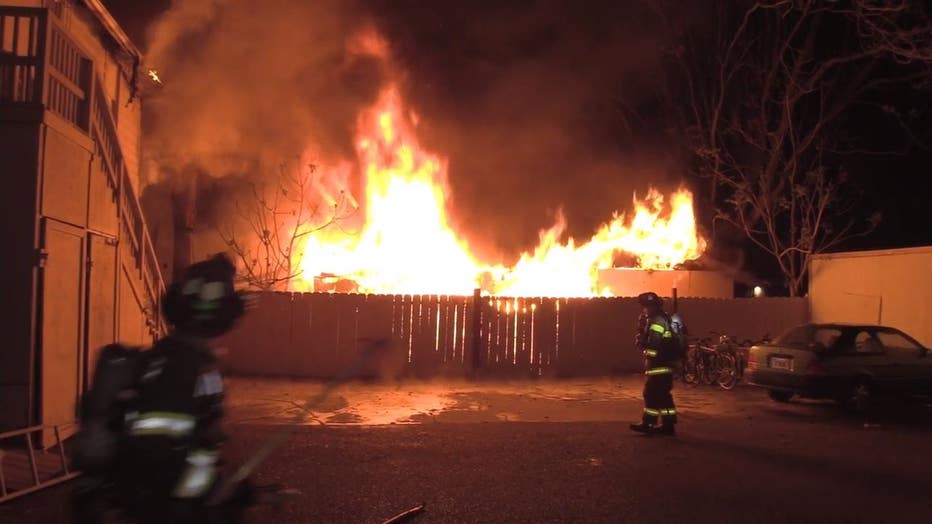