REDWOOD CITY, Calif. - A 70-year-old woman was killed by a SamTrans bus in Redwood City Thursday morning -- the second fatal accident at the intersection within the last three months.

“Sometimes it does get fast and dangerous from what I see, there could possibly, eventually be an accident,” said an elderly woman as she hurried to cross El Camino Real, adding that she fears she could get hit.

In Thursday's incident, the bus was turning southbound on El Camino Real from James Street, the exit out of Sequoia Station and the Redwood City Caltrain station at 8:47 a.m. when it stuck the woman. She was pronounced dead a short time later.

Four passengers not including the driver were onboard the bus at the time of the crash, according to Bartholomew. The bus, number 127, was on the ECR route, which extends from the Daly City BART station to the Palo Alto Transit Center, a distance of about 31 miles.

The crash happened during the 8 a.m. hour on Thursday on El Camino Real at James Street in Redwood City.

The bus driver has been taken for drug and alcohol testing, which is standard protocol following an accident. They'll be off the job pending an outcome of the on-going investigation.

This is the second fatal SamTrans accident in the past two years, and third in the past decade. In 2017, a person was hit and killed at the Redwood City CalTrain station, a short distance from Thursday’s accident.

“It’s a really rare occurrence when one of our SamTrans buses hits and kills a person,” said Bartholomew. “Anytime something like this happens, it’s a tragedy. Our hearts go out to this woman’s family.”

The San Mateo County coroner will release the victim’s identity once family is notified. SamTrans officials say their buses are equipped with surveillance cameras, and that they’re now checking to see if the cameras on this bus were functioning and recorded the fatal accident.

Through a California Public Records Act request, on Thursday KTVU learned the police officer involved in the September crash is Officer Angela Wittman, a 12-year veteran with the Redwood City police dept. and K-9 handler. 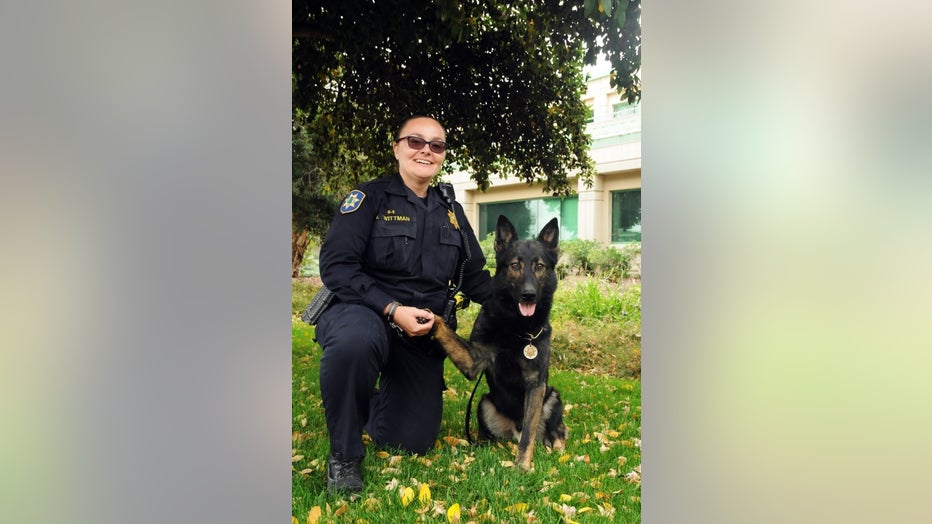 The California Highway Patrol is still in the process of investigating the deadly September crash. 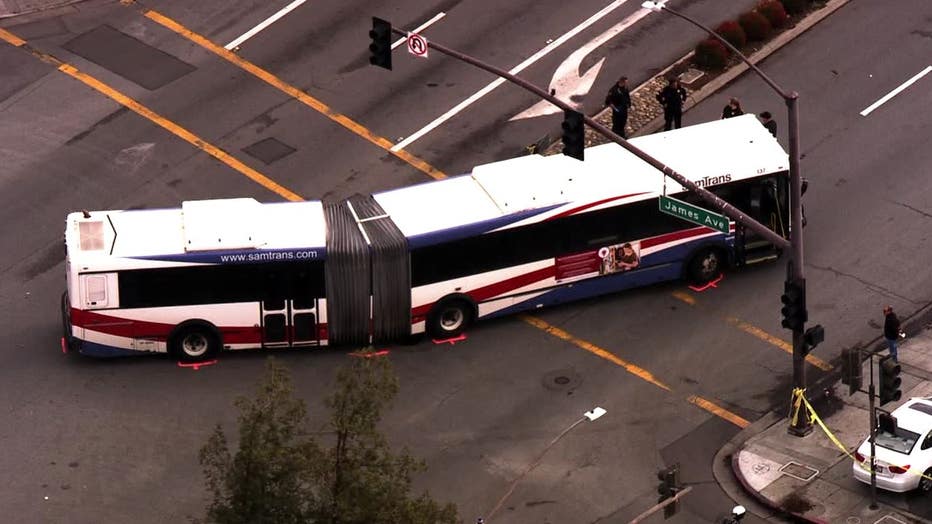 A 70-year-old woman was fatally struck by a SamTrans bus in Redwood City. Jesse Gary reports