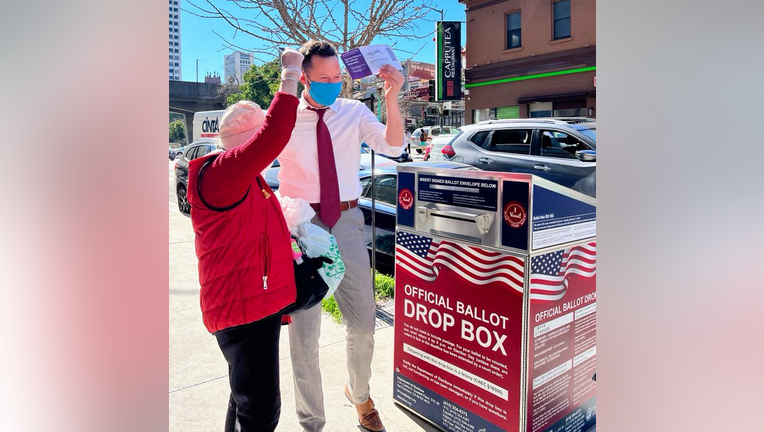 SAN FRANCISCO - Early results for Tuesday's special election in San Francisco for the State Assembly race - District 17 are trickling in. Matt Haney has a strong lead over his opponent David Campos in the bid for the seat vacated last year by David Chiu.

There are both reports of Haney declaring victory and of Campos conceding.

San Francisco's director of the department of elections said he expected turnout to be low. Turnout was at about 21%.

Late in the evening after the results were posted, Supervisor Haney tweeted, "So far, we won in every neighborhood and every district. Proud."

In an official statement Haney said in part, "From day one, this campaign was about building a San Francisco that was more inclusive, affordable, sustainable, and welcoming for all. We united a broad coalition of leaders, organizations, and individuals who shared our vision. We focused on the issues and we made promises to deliver real solutions to San Francisco’s challenges. Now I’m ready to go to Sacramento to deliver on those promises."

The winner of the runoff election will have to defend his seat in the June 7 statewide primary election, in which the ballot includes a proposal to recall the San Francisco District Attorney Chesa Boudin. Then, voters will decide on the state assembly again in the November election to keep the seat for another two-year term.

Mayor London Breed will appoint a new supervisor for District 6 to finish out Haney's term if the election is officially called in his favor.

Assembly District 17 covers the eastern half of San Francisco and includes tourist heavy neighborhoods such as Chinatown and Haight-Ashbury along with the Tenderloin, which has been troubled by homelessness and drugs.