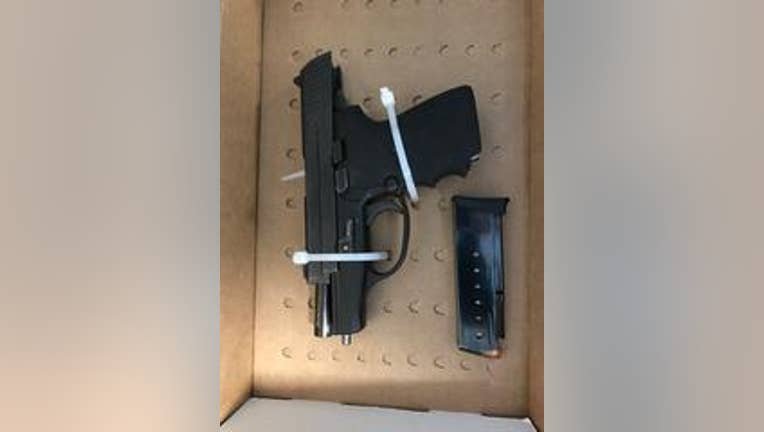 The arrest of Oakland residents Philip Taylor, 33, and Ryan Taylor, 36, comes as a result of an investigation into shots fired earlier this month in San Leandro.

Police responded to a report of gunshots at Lafayette Avenue on June 11, finding a male victim suffering from multiple gunshot wounds. The victim survived.

Investigating the shooting, San Leandro police later identified the suspects and their affiliated vehicle, which led to the Taylors' arrests and confiscation of two firearms Tuesday.

"The San Leandro Police Department would like to thank our regional law enforcement partners for aiding in a quick resolution and arrest of this violent duo," said Lieutenant Matthew Barajas. "This was a senseless act of violence committed in a highly populated residential neighborhood."

On Thursday, the case will be presented to the Alameda County District Attorney’s Office.