SAN PABLO, Calif. - A Richmond man was arrested in connection with a hit-and-run crash in San Pablo that killed a 68-year-old bicyclist.

Jesse Dubois, 30, was booked into the Contra Costa County Jail on suspicion of felony hit-and-run and vehicular manslaughter, police said. Dubois allegedly left the scene of the crash early Saturday morning near Rumrill Boulevard and 19th Street, before officers arrived.

Police said when they arrived the male bicyclist was lying in the intersection suffering from severe injuries. They attempted to save his life, but he tragically died at the scene, officials said.

His identity has not been released. 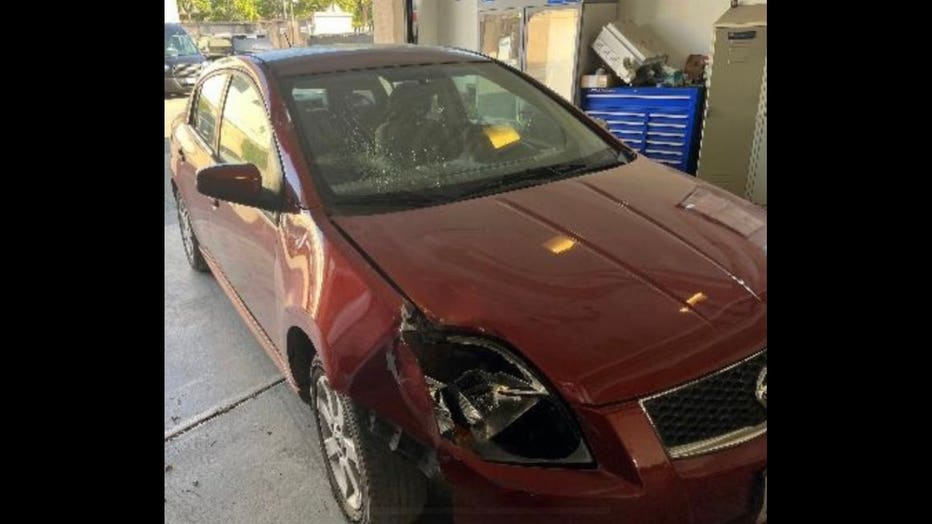 San Pablo police said this car was involved in the collision that killed a 68-year-old bicyclist.

Saturday around 1:50 p.m., detectives said they found Dubois in the 700 block of Market Ave in Richmond. His car was also located, and had damage consistent with the collision details.

Alcohol and drugs have not been ruled out as contributing factors to the crash, officials said.

This is still and active investigation and anyone with information regarding this case is asked to call the San Pablo Police at 510-215-3150.