There are now more than 1,300 inmates with COVID-19 at San Quentin Prison. A month ago there were only two dozen. State lawmakers and inmates' family members are now calling on Gov. Gavin Newsom to release more inmates, visit the prison to see the conditions and to take immediate action.

SAN QUENTIN, Calif. - Inmates released from California’s San Quentin prison paint a dire portrait of the conditions inside as cases of COVID-19 climb and hospitalizations grow.

One inmate described the conditions as “deplorable and uninhabitable,” while another said it’s “like hell.”

State vans transported at least three prisoners to the other side of the prison walls, barbed wire and iron gates Thursday morning. That’s where they were greeted by family or friends and loaded their belongings into personal cars.

Cases of the coronavirus have infected more than 1,600 inmates and another 200 state prison employees. So far, there have been seven inmate deaths from COVID-19 complications and more are testing positive, according to the state’s patient tracker.

Organizers of the press conference urged Gov. Gavin Newsom to visit San Quentin to see the conditions for himself.

“The state has a higher moral authority than those it has condemned,” former inmate Adnana Khan with ReStore Justice said.

While the state has reduced the prison population at San Quentin by nearly 600 prisoners between March and June, current active cases among inmates still tops 1,300.

The virus quickly spread after 121 inmates from the California Institution for Men in Chino were transferred to San Quentin. That prison was already a hotspot for COVID-19 and only days after they arrived at San Quentin was it discovered than more than two dozen transfers tested positive.

“There must be accountability,” Assemblymember Marc Levine said. “This is not acceptable in the state of California.”

Levine wants to see changes made at the top, including the federal receiver, Clark Kelso, in charge of overseeing the California Correctional Health Care Services.

There is evidence medical professionals were concerned about prison outbreaks and offered ideas, research and help testing, but it was ultimately refused or ignored. Additionally, lawmakers like Levine called for a plan to handle COVID-19 before San Quentin ever saw a single positive case. 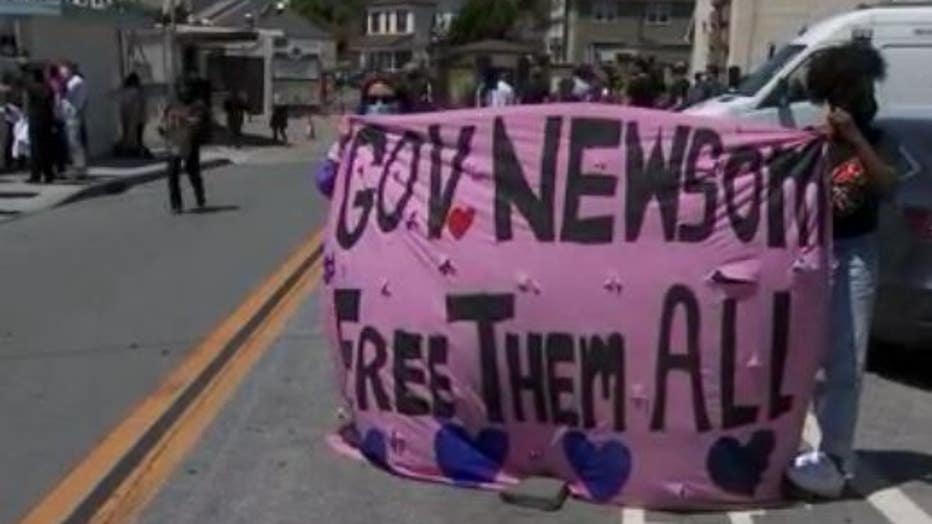 Gov. Gavin Newsom admitted earlier this week that San Quentin was a crisis and promised the prison outbreak was a top priority.

Tents have been setup at the prison to help care for COVID-19 patients and provide additional space. More personal protective equipment has been sent to the prison and provided to inmates and staff. State officials have said social distancing has been improved and efforts to release non-violent inmates is happening.

Still, the problems aren’t limited to San Quentin. It’s now becoming a bigger community issue with Marin County’s hospitalizations going up. As of Thursday afternoon, 32 people were hospitalized for the coronavirus. Of that, a third were inmates from San Quentin with seven currently in the intensive care unit, according to the county health officer.