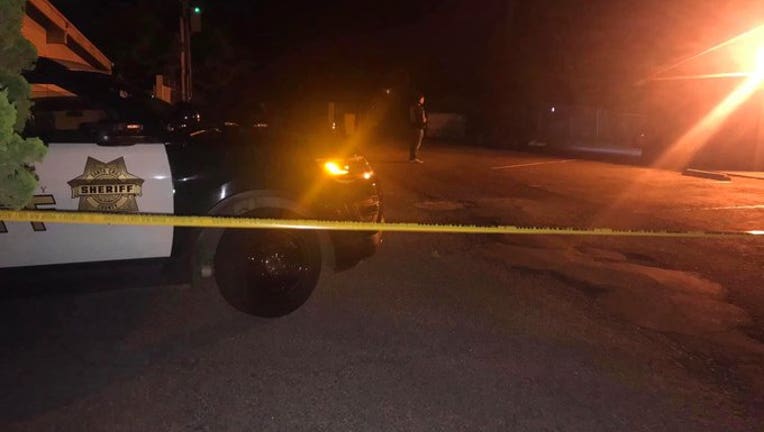 APTOS, Calif. - Santa Cruz County Sheriff's deputies have shot and injured a man they saw was armed with a handgun and fired at officers.

He is expected to survive.

In a statement, the sheriff said that deputies were investigating what they described as a "suspicious vehicle" on Tuesday just before 11 p.m. at the 7900 Blk of Soquel Drive in Aptos.

When they approached the car and saw two people inside, deputies noticed the driver was armed with a handgun.

While deputies were attempting to detain the driver, he fired at least one round, according to the sheriff's department.

The deputies rendered medical aid and he was transported to a hospital.

The deputies and the passenger were not injured during the incident.

The sheriff's department did not release any more details or describe what made them believe the car was suspicious.