DUBLIN, Calif. - Hector Hernandez Jr. died of pneumonia while incarcerated at Santa Rita Jail and his family believes he would still be alive if he’d been given the proper medical care.

"He told me in Santa Rita if an inmate suffers something – an illness or an accident, whatever it is, it takes a long time for medical attention to arrive," said his father, Hector Hernandez Sr.

He added that his son’s death was also caused by an untreated infection.

The 39-year-old battled mental illness and had been on suicide watch before his death in May 2019. Other ailments had lasted for months, and his family attorneys said he was only given ibuprofen and never sent to a specialist.

Deputies and nurses were supposed to check on him regularly, and they didn’t, according to a wrongful death suit filed last year against Alameda County and Wellpath, the jail's medical care provider.

A KTVU investigation six years ago exposed questionable medical decisions, gaps in oversight, and allegations of staffing and supply shortages prompting the county’s change to Wellpath in 2016.

Hernandez Sr.’s complaints – and new, similar allegations about the jail’s healthcare protocols – raise questions about what, if anything, has changed.

Over the last eight months, a hotline for those incarcerated at Santa Rita in Dublin received 1,000 calls; nearly half of the callers complained about some type of medical neglect, advocates with the National Lawyers Guild said.

"Most of the calls were about Wellpath and the complaints ranged from minor to major," Santa Rita Jail Hotline Coordinator Lina Garcia-Schmidt said.

Callers complained about not being given inhalers in a timely fashion, not receiving medication -- sometimes for days -- and being refused help while detoxing from drug or alcohol addiction.

While Wellpath is not responsible for mental health care, Santa Rita was also put on notice last month by the U.S. Attorney General following a Department of Justice report that found the jail’s mental healthcare practices and overuse of isolation are unconstitutional. Alameda County pushed back but if nothing changes, it could face a federal lawsuit. 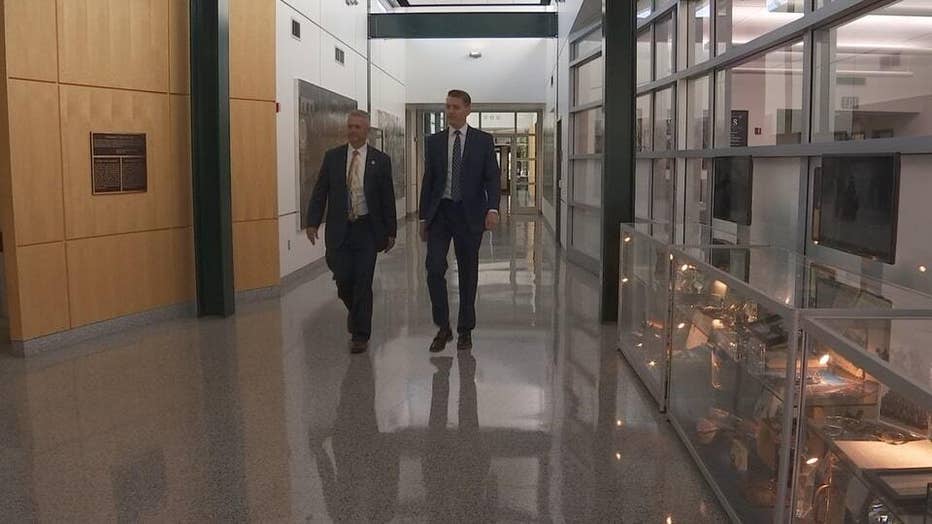 Wellpath has been sued nearly 500 times over the last five years across the country, according to an online review of lawsuits.

But Alameda County Sheriff Gregory Ahern stands by Wellpath, which is based in Nashville, Tenn., and bills itself as "one of the nation’s largest for-profit healthcare providers for prisoners."

"Wellpath is known throughout the industry as being a very caring, compassionate, provider for healthcare for inmates," Ahern said. "They’ve proven that with us and things have changed."

Nurses visit inmates three times a day, Ahern said, and anyone who wants to be medically seen gets put on a list and "are seen as quickly as possible."

Ahern said the care they provide is "outstanding."

"We’ve been evaluated by a number of entities that give us 100% ratings for our healthcare, our opioid care, and the overall security from the American Corrections Association,’’ he said.

Ahern admits the jail at times has been "out of policy and out of procedure" sparking lawsuits, but blames a lack of funding and staffing for the missteps.

"We’re asking people to do impossible things in difficult times,’’ he said.

For its part, Wellpath president Kip Hallman stood by his company's care.

"The Alameda County – Santa Rita Jail is one of our Triple Crown Accredited sites, and we are proud of our work there, alongside the dedicated professionals of Alameda County," he said in a statement.

Just this week, Wellpath and the sheriff’s office were commended in a report by an independent consultant for an organized, comprehensive, and well-executed COVID-19 outbreak control plan calling in "one of the very best."

Claims of medical failures not new at Santa Rita Jail

Amid pressure, complaints and lawsuits, bids were put out for a new healthcare provider, earning Wellpath, formerly California Forensic Medical Group, a three-year, $135 million contract. Despite county supervisors choosing to renew Wellpath to oversee the healthcare of inmates, many of the same types of complaints continue.

One such complaint is from Randy Harris, 59, who has been incarcerated at Santa Rita since 2017 on a carjacking charge.

Harris, who suffers from grand mal seizures, said he repeatedly requested to be housed in a lower-tier cell so that he wouldn't fall, which he did. 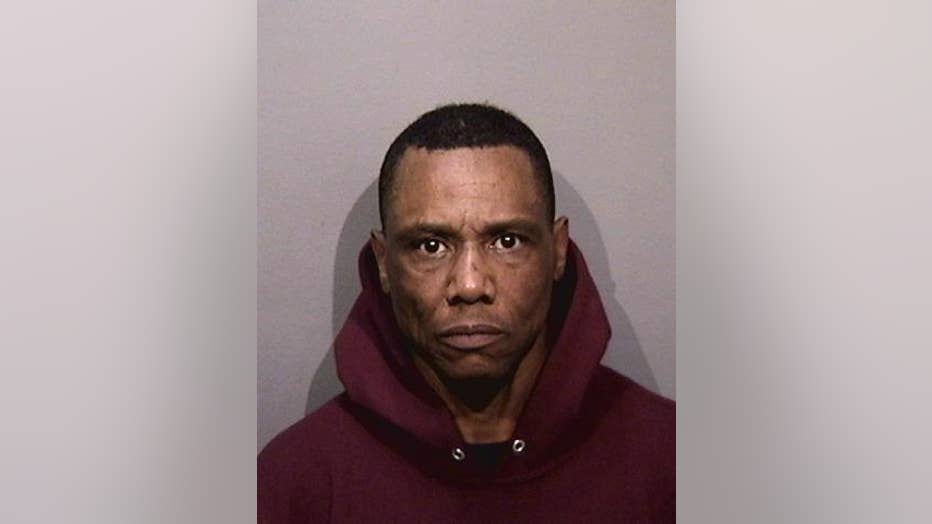 He alleges several deputies responded to this request, telling him that it would be "too much work" to move him and said to him, "have a seizure, then we’ll talk."

The Alameda County Sheriff's Office filed paperwork in court saying that Harris has a history of drug abuse and no one actually saw him fall when he complained previously. Lawyers for the county indicated Wellpath staff believe Harris has been fabricating many of his medical ailments, saying one of his falls seemed to be fake and a matter of "poor acting."

However, hospital records from Stanford show he also was diagnosed with spinal stenosis, a painful narrowing of the spaces within the spine, which can put pressure on the nerves.

"Since his injury for the past six months, Randy has maintained that Wellpath’s recommended stretching and Tylenol has been totally insufficient to manage his condition and he frequently wakes up screaming in pain," Garcia-Schmidt said. "Santa Rita jail and Wellpath have been unwilling to recommend Randy to an orthopedic surgeon or a neurosurgeon. He’s unable to get a second opinion and so he’s stuck in limbo where he’s in extreme pain every single day."

Last month, Alameda County Superior Court Judge Amy Sekany ordered that Harris be taken to see an orthopedic surgeon at Kaiser to determine his next course of action. But lawyers for Alameda County opposed the doctor's visit, saying they weren't told of the order until after it was made and that the judge doesn't have jurisdiction to make this ruling. A future hearing on the matter has been set.

Seeking justice for others at Santa Rita Jail

Hernandez Sr. doesn't want what happened to his son to happen to anyone else.

And he said as a Salvadorian, he finds it a "disgrace" that in the United States of America incarcerated people can't get the healthcare they deserve, hoping that will soon change. 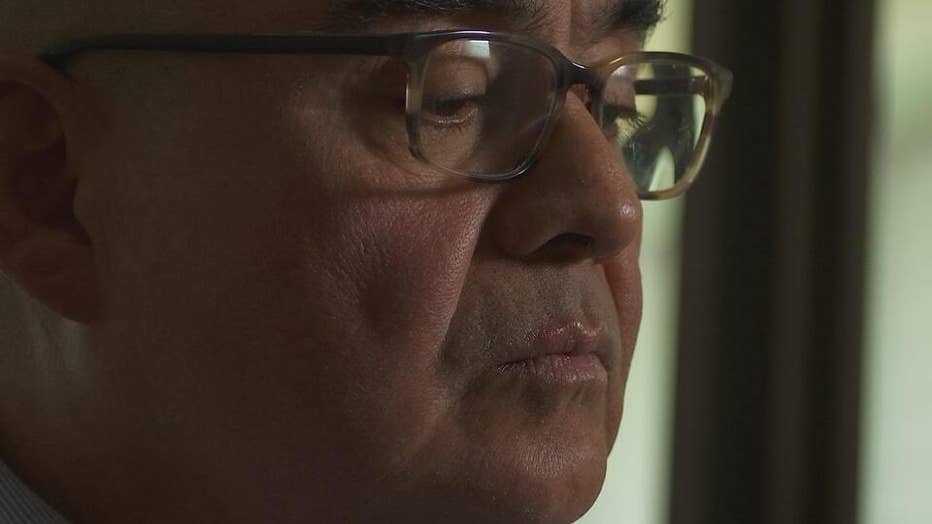 Hector Hernandez Sr. laments the death of his son at Santa Rita Jail in 2019.

His attorneys said he complained to the sheriff’s department but received no response. They claim he later learned his son never saw a doctor and was sick for weeks before his death.

"We’re talking about corporate greed here," civil rights attorney, Fulvio Cajina said. "He [Hector Hernandez Jr.] did report he was having medical issues and Santa Rita and the staff just ignored it."

While Sheriff Ahern could not address this case specifically, he did admit it’s difficult to address all of the issues some inmates have but did say all inmates are medically screened upon arrival at Santa Rita.

Hernandez Sr. said the lawsuit was a last resort to get justice for his son and in hopes that conditions will improve for those who are incarcerated at one of the nation’s biggest jails.

"I would wish for him that he would never have been exposed to any type of poor, medical treatment like he had in Santa Rita," Hernandez Sr. said. "And I want them to stop thinking of the medical profits you can make in jail. Look at the inmates as human beings. They are not incarcerated animals."