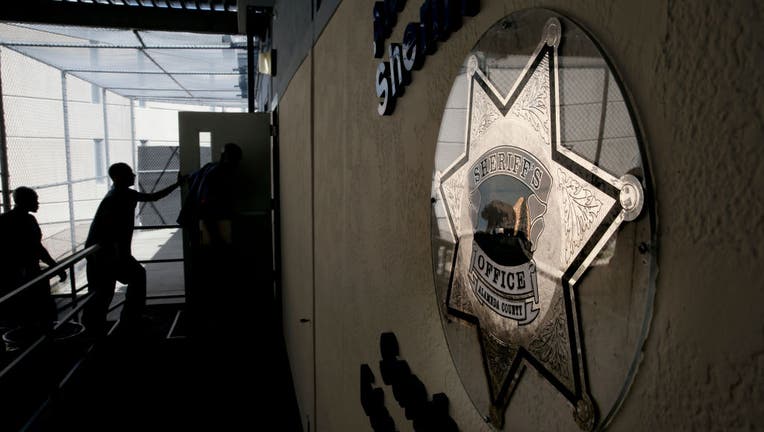 DUBLIN, Calif. - Alameda County is pushing back on a scathing U.S. Department of Justice report that found the mental health care and overuse of isolation at Santa Rita Jail are "unconstitutional."

In court filings presented Friday before U.S. District Court Magistrate Nathaneal Cousins, lawyers for the county called the federal criticism "stale," and pointed out that the civil rights prosecutors hadn't visited the Dublin-based jail, which houses about 2,200 incarcerated people, since 2019.

"As a result, the report is based largely upon stale information," wrote the county's lawyer, Gregory Thomas. "Moreover, neither the County nor [the Alameda County Sheriff's Office] were contacted by the DOJ to discuss the matter or obtain more current and complete information before the DOJ issued its report. As a result, the basis for the DOJ’s purported findings and recommendations predates the COVID-19 pandemic and many changes that have already been made at [Santa Rita Jail] or are being made as part of this litigation."

The 45-page report was released on April 22.

DOJ investigators found that the mental health care for those incarcerated is woefully inadequate and the common practice of putting people into cells without activities or much human contact for prolonged periods of time constitutes cruel and unusual punishment, which violates the Constitution.

However, the county pointed to many things that have changed in the last two years, largely as a result of a 2018 class-action lawsuit alleging just what the DOJ found.

Some of those improvements include:

In an interview this week with KTVU, Alameda County Sheriff Greg Ahern said that he has been working on improving conditions at the jail. He noted that he's retrained deputies in de-escalation techniques and that deputies have actually stopped 65 suicides so far this year.

And he acknowledged more needs to be done.

"I would like to see more attention and more services for the inmate population that has behavioral health issues," Ahern said. "That is the responsibility of Alameda County, of myself and adult behavioral forensic people and we want to see expanded services to include 24/7, holidays, weekends, that type of thing."

Ahern said caring for people with mental health issues is a delicate task.

"We're dealing with people that have reached a breaking point," he said. "And they have mental health issues and they start developing other dysfunctions as well with alcohol or drugs and so you have a combination of mental health, drug abuse, health issues that lead them to be arrested by law enforcement."

But Ahern said it's his role to make sure to address these challenges.

"We have a priority to address their mental health issues. We want to get them medicated. We want to get them into counseling. We want to make sure that while they’re in our custody, they are being seen and being taken care of. I do think about how to make improvements each and every day. I tell my staff, let’s go out and be great today."

KTVU investigative reporter Brooks Jarosz contributed to this report. Lisa Fernandez is a reporter for KTVU. Email Lisa at lisa.fernandez@foxtv.com or call her at 510-874-0139. Or follow her on Twitter @ljfernande