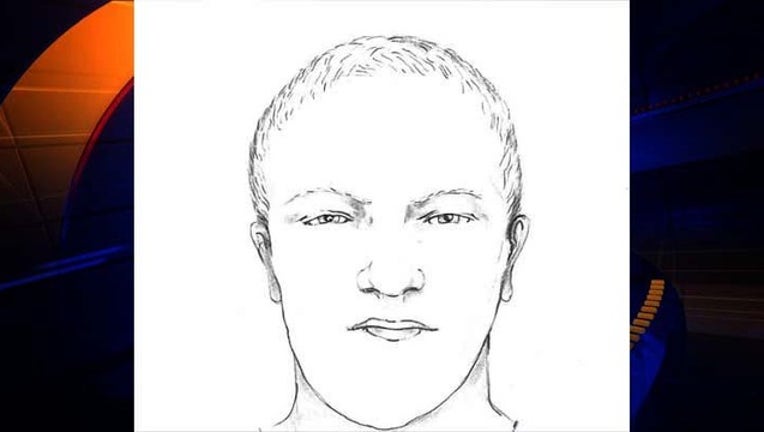 SANTA ROSA (KTVU and wires) -- A man who sexually assaulted a woman on a trail in the Fountaingrove area of Santa Rosa may be the same suspect in two other similar assaults, a police sergeant said.

The two other incidents were in July 2014 and in February, and all three victims said the suspect might have diminished mental faculties, Sgt. Terry Anderson said.

On Monday, a woman walking on a trail on Round Barn Boulevard near Unocal Place around 2:40 p.m. was approached by a man who tried to grab her.

The woman pulled away but lost her balance and the man fell on top of her, Anderson said. The man molested the woman under her clothing and pulled her shirt up, Anderson said.

When the woman hit the man in the face to get free, he eventually stopped the assault, stood up with a stunned look on his face and ran away on Round Barn Boulevard.

Anderson said the white adult man was described as approximately 6 feet 2 inches, 230 pounds, in his 30s who was wearing a white T-shirt and gray shorts.

In February, a man grabbed a woman around her waist from behind as she ran on a trail in Spring Lake Regional Park. When the woman turned and told him to stop, the man said he would and walked away, Anderson said. The man returned and resumed the assault and tried to remove the woman's pants.

The woman ran but the man caught up to her. The woman startled the suspect when she screamed for help and he ran off.

The suspect was described as white, about 6 feet, 200 pounds in his 30s with brown hair. The victim said it appeared he had diminished mental capacity because he was slow to understand what she was saying, Anderson said.

In the July 2014 incident, a woman walking between Pierson Street and N. Dutton Avenue said a man on a bicycle groped her through her clothing. She described him as white, 5 feet 10 inches tall and in his 30s, Anderson said.

The woman said the man appeared angry and either mentally ill or under the influence of something, Anderson said.

Police have forensic evidence in Monday's incident and they have released a sketch of the suspect. Anyone with information about the suspect is asked to call (707) 543-4040. There is a reward up to $2,500 for information leading to the arrest and conviction of the suspect, Anderson said.