Records show Mill Valley School District credit cards between 2014 and 2019 were charged for expensive meals featuring oysters, octopus and tartare, rental cabins at Nick’s Cove in Sonoma County, and a trip to Granlibakken Resort in Tahoe.&nbsp;&nbsp;

MILL VALLEY, Calif. - Enjoying a luxury limo ride to California’s wine county. Setting sail aboard a yacht in the San Francisco Bay. Or taking a trip to one of Tahoe’s ski resorts.

For some Mill Valley School District administrators, it was all expenses paid -- for what the district calls "team-building" and "leadership growth."

Records show school credit cards between 2014 and 2019 were charged for expensive meals featuring oysters, octopus and tartare, rental cabins at Nick’s Cove in Sonoma County, and a trip to Granlibakken Resort in Tahoe.

"When that is allowed to happen, there is a potential for fraud," mother and former art teacher Maura Tokarski said.

Concerned about district financial decisions and the budget for teachers, counselors and student support services, Tokarski started filing public records requests. She and a group of community members reviewed receipts and credit card statements out of fear taxpayers’ money and district funding was being abused.

For years, the Mill Valley School District has given its superintendent and other administrators credit cards for maintaining district operations.

Financial statements show a host of charges including limo service topping $1,000, a stay at Hotel Yountville for $2,000 and even a Napa hot air balloon ride for more than $1,500.

"The reason that we got those funds is not for them to manipulate the books."

"The reason that we got those funds is not for them to manipulate the books," parent William Bailey said. "It’s developed a culture there…of ‘hey we can do this. Nobody is stopping us.’"

The district said the charges are consistent with board policies. Several administrators defended the trips and excursions claiming they were fully-funded gifts or grants.

"It’s really shocking and disappointing," Robert Fellner, executive director of Transparent California said. "Clearly you’re not putting students at the forefront where they should be."

After KTVU questioned specific expenses, the district clarified that the charges were private, anonymous donations specifically for team building and listed on board consent agendas. No specific proof was provided documenting the alleged donations or gifts.

While there have been several superintendents in recent years, current Superintendent Kimberly Berman said there’s no evidence of credit card misuse.

"I am very confident in the procedures that we have in place for the funds that are coming into the district and how funds are being expended," Berman said.

Over five and a half years, KTVU found more than $163,000 charged to credit cards. Of that, at least $30,000 was spent regularly at four restaurants including Saylors in Sausalito, Grillys in Mill Valley and routine charges at The Dipsea Café and Café del Soul. Most receipts had handwritten notes indicating the meal was for a board meeting, planning, or a working lunch.

On average, KTVU found 11 meals a month were charged to a district credit card. 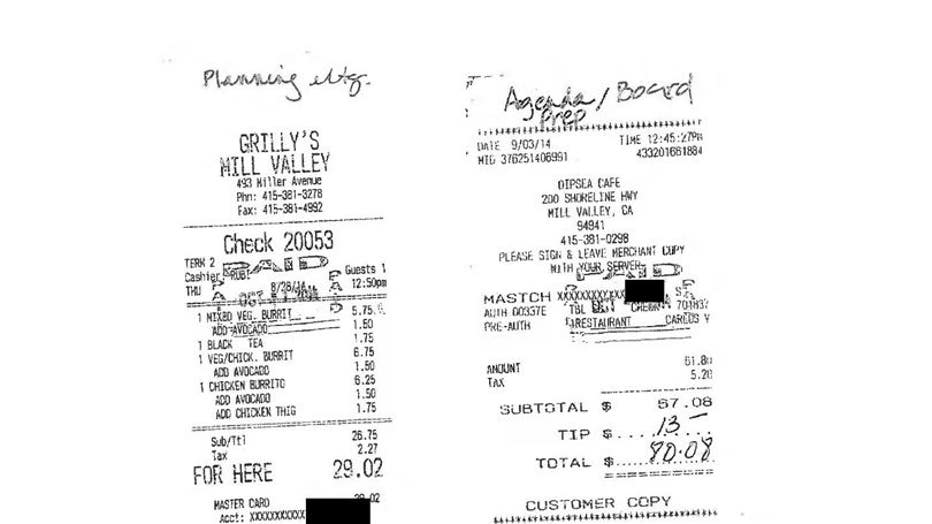 "I wouldn’t be able to speak to the purpose of that," Berman said. "But if there was business being done in certain ways or at certain times there are reasons that meals can be provided."

Each year an independent auditor reviews the books and has never flagged those charges. Board policy states personal expenses should never be charged to district credit cards, which is why parents can’t figure out how some expenses are related to school business. 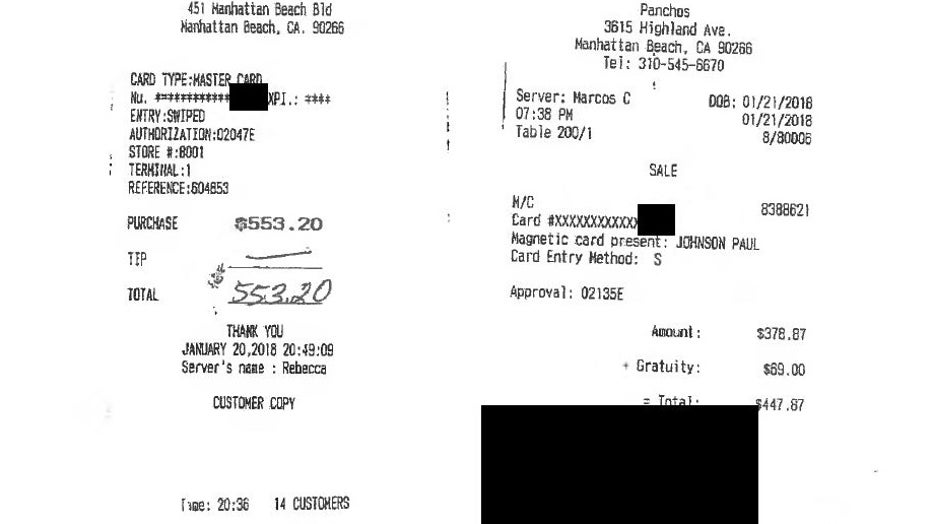 "When we continue to pad the pockets of the administration, the students are at a loss, the community is at a loss," Tokarski said.

The district said it reviews all expenses internally with oversight by the Marin County Office of Education. Again, no issues surrounding expenditures were found.

But Berman has made changes since she arrived in late 2019.

"I’ve never had a credit card in this district. I don’t intend to have one," she said.

Credit cards have largely been eliminated and administrators no longer have them. It is not clear what, if anything, sparked this change.

An independent school advisory committee meets quarterly with the administration to analyze and address financial decisions. That group is tasked with looking at community perceptions and best practices.

Whistle-blowing parents hope these charges will be looked into, worried that the spending won’t stop.

Last Thursday, the board approved another audit for 2020 of district expenses, finding no deficiencies or questionable expenses.