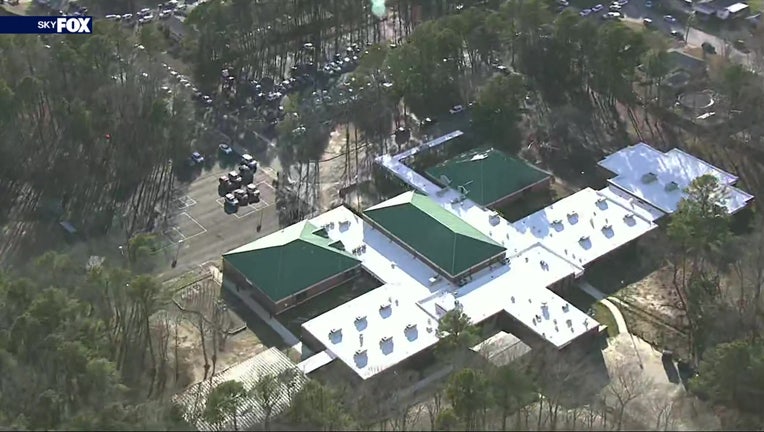 RICHMOND, Va. - Administrators at the Virginia school where a first-grader shot his teacher last week learned the child may have had a weapon in his possession before the shooting but did not find the 9mm handgun he brought to school despite searching his bag, the school system’s superintendent said.

Police said Friday they were not told about the tip before the shooting occurred. Kelly King, a spokesperson for the Newport News Police Department, told The Associated Press that sometime after the shooting, police learned through their investigation that a school employee was notified of a possible gun at Richneck Elementary School before the Jan. 6 shooting.

"The Newport News Police Department was not notified of this information prior to the incident," King wrote in an email.

The student’s backpack was searched after school officials received the tip, but the gun wasn’t found before the shooting, said Michelle Price, a spokesperson for the Newport News school district.

She declined to comment on the police statement. She said that typically, when school officials receive a tip about a potential weapon or other contraband in the schools, if the tip includes specific information about a particular student or a particular classroom, "that’s where the search starts."

"I’m not able to comment on whether other searches may have occurred, except for the fact that the superintendent has shared that the student’s backpack was searched and nothing was found at the time," Price told The Associated Press. 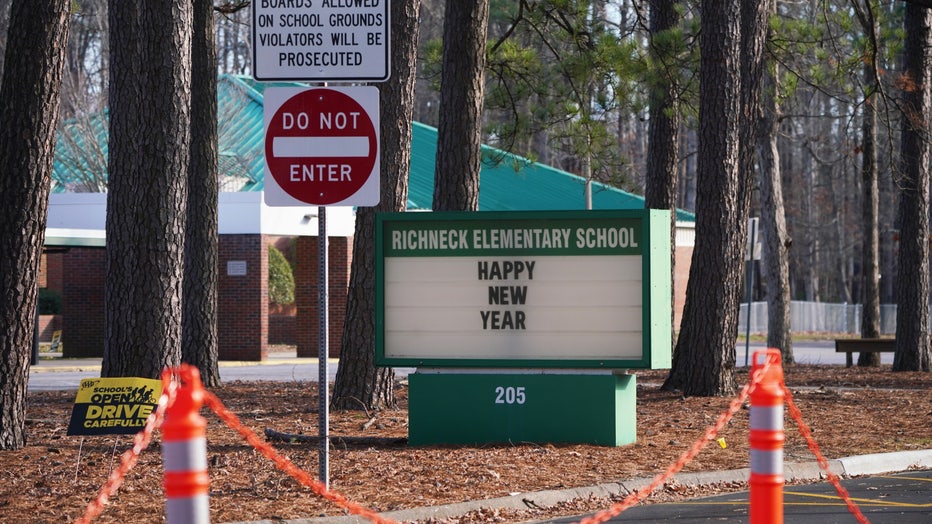 Price confirmed that Superintendent George Parker told parents during an online meeting Thursday night that at least one school administrator was notified the boy may have a weapon before the 6-year-old shot the teacher. Parker’s comments were first reported by WAVY-TV, which gained access to the parents-only meeting.

Police Chief Steve Drew has previously said the boy brought the gun to school in his backpack the day of the shooting.

Price said she has not been told where school officials believe the gun was when the boy’s backpack was searched.

"That probably is definitely part of our internal investigation and the police investigation, but nothing about that has been released publicly," Price said.

She declined to comment when asked who reported that the boy may have a weapon and whether school officials should have taken additional steps after the weapon was not found in his backpack.

The teacher, Abigail Zwerner, 25, was shot in the chest with injuries initially considered to be life-threatening. Her condition has improved, though, and she has been reported in stable condition at a hospital.

The Jan. 6 shooting occurred as Zwerner was teaching her class. Authorities said there was no warning and no struggle before the 6-year-old boy pointed the gun at Zwerner.

Drew has described the shooting as intentional. A judge will determine what’s next for the child, who is being held at a medical facility following an emergency custody order.

Drew said the child used his mother’s gun, which had been purchased legally. It’s unclear how he gained access to the weapon. A Virginia law prohibits leaving a loaded gun where it is accessible to a child under 14 as a misdemeanor.

The shooting has sparked an outcry around the country about how a child so young could have gained access to a gun and brought it to school. News of the unsuccessful backpack search also raised questions. 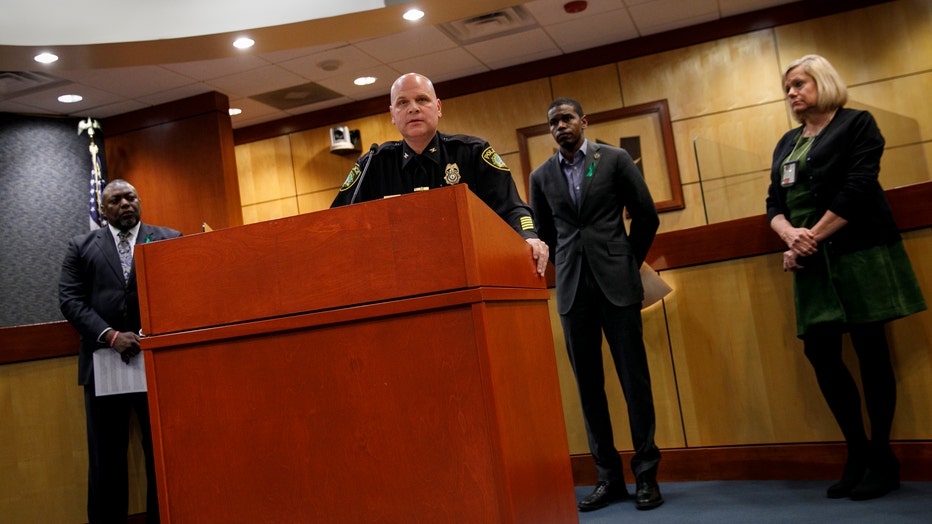 NEWPORT NEWS, VA - JANUARY 9: Chief of Police Steve Drew speaks at a press conference held discussing details of a school shooting involving a teacher at Richneck Elementary School being shot by a 6-year-old in Newport News, Va., on Monday, January 9

Mo Canady, executive director of the National Association of School Resource Officers, said that while details are still outstanding about how the search was conducted, the situation underscores the need to search very thoroughly and preferably have a law enforcement officer handle it.

"I want to know how thoroughly someone conducted that search," he said. "Keep in mind that there are some very small firearms out there, so you really have to search every nook and cranny if you really believe there is a firearm.

Senate Democrats in Virginia held a news conference Friday to unveil a list of gun safety legislation they hope to pass this year, including a bill that would require anyone who owns a gun in a home where a minor is present to store the gun unloaded and in a locked container or cabinet, and to store all ammunition in a separate locked container.

"Gun violence is the number 1 cause of death for children in Virginia and in our nation, and safe firearm storage will help prevent gun deaths and injuries," said Sen. Jennifer Boysko, the bill’s lead patron. "My bill would not only stop tragedies, like we saw in Newport News, but will prevent other tragedies, including gun accidents, youth suicides and school shootings."

Also on Friday, more than 200 volunteers with Moms Demand Action and Students Demand Action attended a rally and met with Virginia lawmakers to push for new gun safety measures. Members of the groups — both part of Everytown for Gun Safety’s grassroots network — said their priorities include the secure storage law proposed by Boysko and bills that would strengthen the state’s red flag law and increase funding for gun violence prevention and intervention programs. 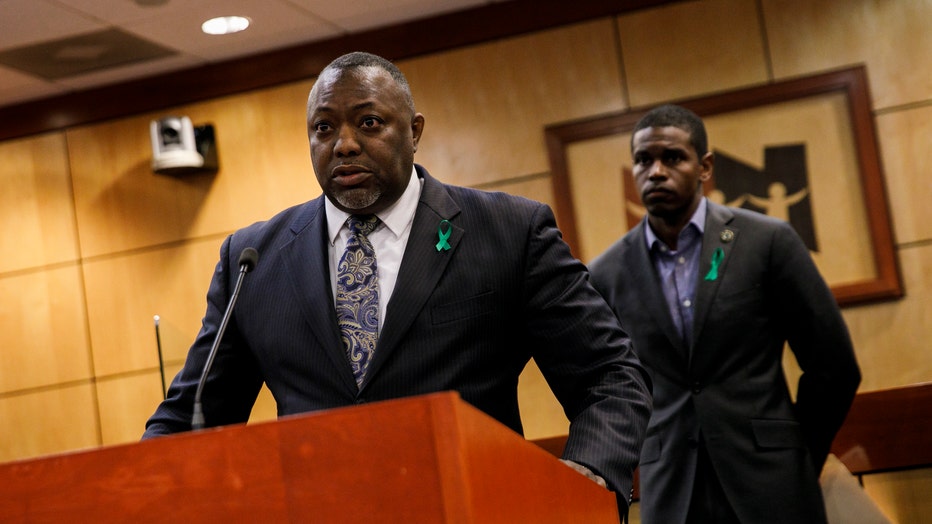 NEWPORT NEWS, VA - JANUARY 9: Superintendent of Schools Dr. George Parker III speaks at a press conference held to discuss details of a school shooting involving a teacher at Richneck Elementary School being shot by a 6-year-old in Newport News, Va.,

Philip Van Cleave, a gun rights advocate who is president of the Virginia Citizens Defense League, said Boysko’s gun storage law would not allow gun owners to defend themselves or others in a timely way during an emergency because it would require them to unlock one container to get the gun, then to unlock another container to get ammunition, then to load the gun.

"If the back door is kicked in ... that’s ridiculous. It’s pointless and it just doesn’t work," he said.

"It’s not for when I’m in an absolute life or death emergency and everything hangs on me being able to get that gun out of that safe," he said.