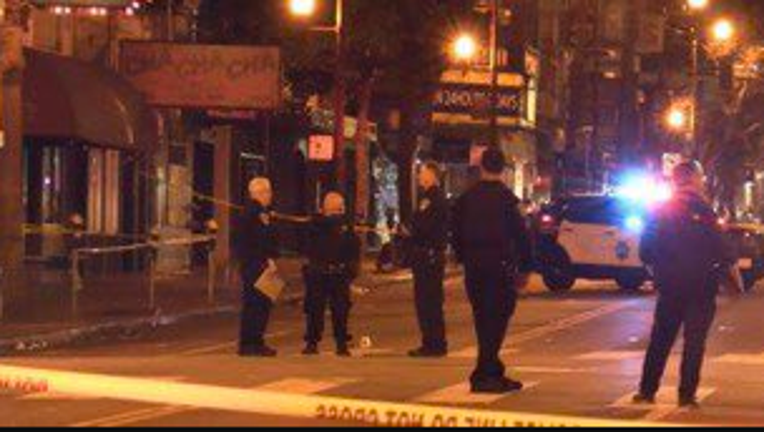 SAN FRANCISCO - San Francisco police made arrests Thursday for an August shooting that injured three and killed one.

Police announced the arrest of 22-year-old Nickolas Ernesto Calderon of Colma and 28-year-old Christopher Berrios-Mabutas of Daly City. The pair is accused of involvement, including homicide, in the Aug. 21 early morning fatal shooting on Mission and 19th Street.

On Aug. 21, police said they received reports shortly before 2:30 a.m. of a shooting in the Mission District. Upon arrival, officers found three victims suffering from gunshot wounds and another victim suffering from other non-life-threatening injuries. The three gunshot victims were transported to Zuckerberg San Francisco General Hospital, where one of them was pronounced deceased.

The fourth victim was treated and released at the scene, police said.

Authorities searched another location they said was related to the investigation in the 600 block of Villa St. in Daly City.

Police did not provide further details on the remaining surviving victims.

Police said while arrests have been made, the investigation remains open. Anyone with information is urged to contact the department tip line at (415) 575-4444 or Text-A-Tip to TIP411 and begin the message with "SFPD." Anonymous reporting is available.