Four San Francisco supervisors on Thursday announced a plan to introduce legislation to keep the city's shelter-in-place hotels open for more than 2,300 vulnerable homeless residents during the COVID-19 pandemic.

The proposed legislation is in response to an announcement last week by Mayor London Breed and the city's Department of Homelessness and Supportive Housing that the city would being closing all of the city's 29 SIP hotels in phases and move to re-house all of the residents by June 2021.

Under the first phase, 500 residents will be moved from seven hotels by Dec. 21.

During a hearing on the plan last week, homeless service providers and some supervisors called it unfeasible and dangerous amid a new COVID-19 surge. They also warned the rushed timeline could result in a large portion of those residents returning to the streets. 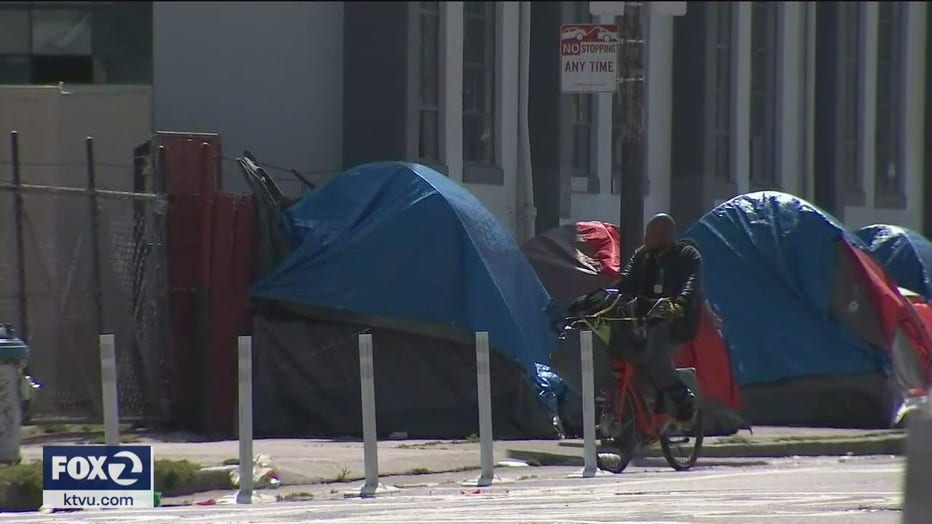 New legislation proposed by Supervisors Matt Haney, Hillary Ronen, Shamann Walton and Dean Preston calls on the city to do away with the deadlines and instead provide supportive housing to the residents as the housing becomes available and continue placing homeless people currently on the streets in the hotels as rooms become vacant.

"For the last eight months, San Francisco has led the nation in
providing safe, non-congregate living spaces for people experiencing homelessness to shelter in place during the pandemic," Haney said during a virtual briefing Thursday.

"There is no reason to dismantle this critical pubic health
intervention in the middle of a surge, in the cold and rainy season, without a clear plan for the safety of the vulnerable people who are in hotels now and a commitment to bring inside the many thousands who are still living on our streets," he said.

"We cannot have a plan to move people out of shelter-in-place
hotels when we cannot state explicitly where they are going.

Evicting people from these hotels out on the streets is definitely a step in the wrong direction," Walton said. "This legislation will allow us to put a halt on any plans on removing individuals from SIP hotels and it'll guarantee that anyone that is moved from a SIP hotel will go to a permanent or supportive housing opportunity or a shelter opportunity."

During last week's hearing, City Controller Ben Rosenfield said
the SIP hotel program costs the city $178 million. However, with $114 million of that presumed to be reimbursed by the Federal Emergency Management Agency as well as additional federal and state resources reaching up to $61 million, the plan should only cost the city $3 million, supervisors pointed out.

The supervisors are set to introduce the legislation next month.