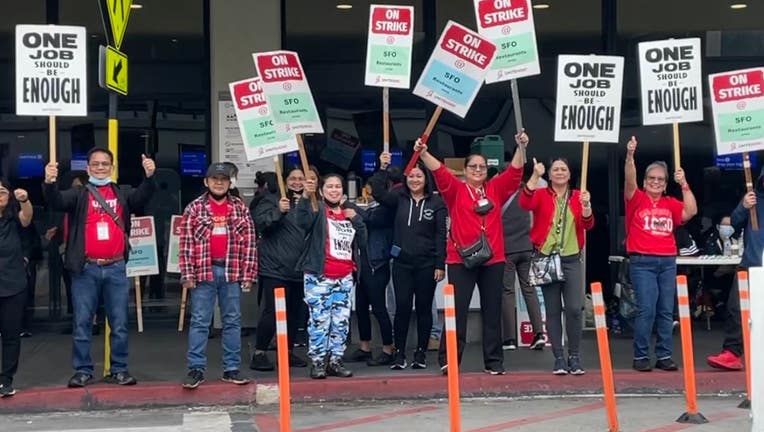 The three-day strike that started Monday with about 1,000 workers with the union Unite Here Local 2 caused many of the restaurants to close this week, but an agreement was reached late Wednesday between the union and the restaurants and the union's bargaining committee unanimously approved it.

Details of the agreement will be released after all of the workers have a chance to vote on it Sunday, according to the union, whose workers said they hadn't had a raise in three years and had been in negotiations with the consortium of airports for the past nine months.

Concession workers at San Francisco International Airport walked off the job on Monday. They are demanding a fair contract and say they haven't had a wage increase since 2019. Travelers are being told to bring their own food and drink as a result of the labor action.

"This victory shows the world that fast-food jobs can in fact be good, family-sustaining jobs, and it's all because workers had the courage to strike," Unite Here Local 2 president Anand Singh said in the announcement of the agreement.

SFO officials also announced the reaching of a tentative deal and said restaurants at the airport were starting to open Thursday, but hours and food options may be limited as workers and deliveries return to normal schedules.

If approved, the contract would run through August 2025.