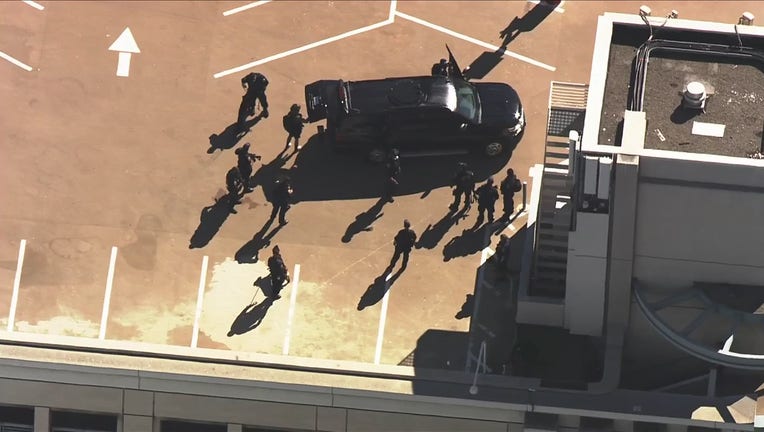 SAN FRANCISCO - A day after arresting a suspect in a fatal mid-afternoon shooting
on Mission Street near downtown, San Francisco police were seeking the public's help in investigating the incident on Thursday.

The shooting happened around 3:20 p.m. near Fourth and Mission
streets on Wednesday.

When officers arrived, they found a man suffering from a gunshot
wound. The victim was taken to a hospital, where he later died. He has since been identified by the city's medical examiner's office as Frank Beltran, 21.

The Police Department said in a statement Thursday that officers
from the Special Operations Tactical Unit searched a nearby parking structure and found and arrested a suspect they identified as Jose Alvarez, 23. Police did not provide either man's city of residence.

Alvarez faces a felony murder charge as well as being a person prohibited of being in possession of a firearm, carrying a concealed firearm and carrying a loaded firearm. Alvarez also had a probation hold against him.