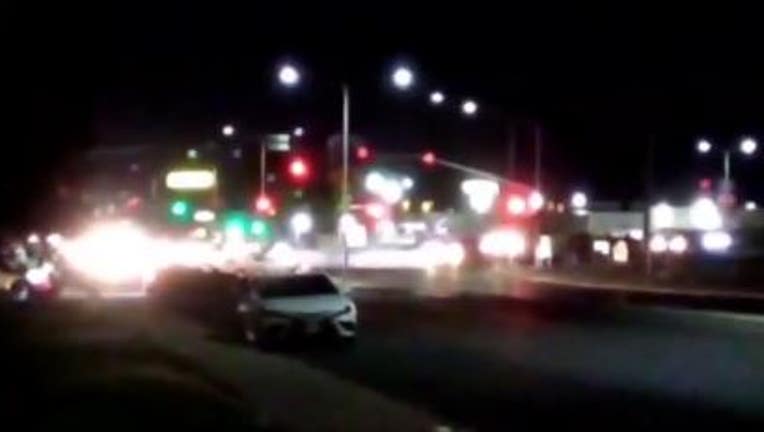 Vehicles take part in sideshow in Pittsburg, Calif. Under a new ordinance passed by the city council on May 2, 2022, spectators face a fine, jail time if found watching a sideshow on private property.

PITTSBURG, Calif. - The East Bay city of Pittsburg has a new tool in its effort to prevent large sideshow gatherings in its city.

The ordinance enhanced a state law prohibiting sideshows and racing on public streets.

SEE ALSO: Sideshows popping up all over San Francisco leave residents on edge

During Monday’s meeting, officials said the city was demonstrating leadership by taking this proactive action to combat what's become a regional problem. And they said the ordinance was needed to protect the community. 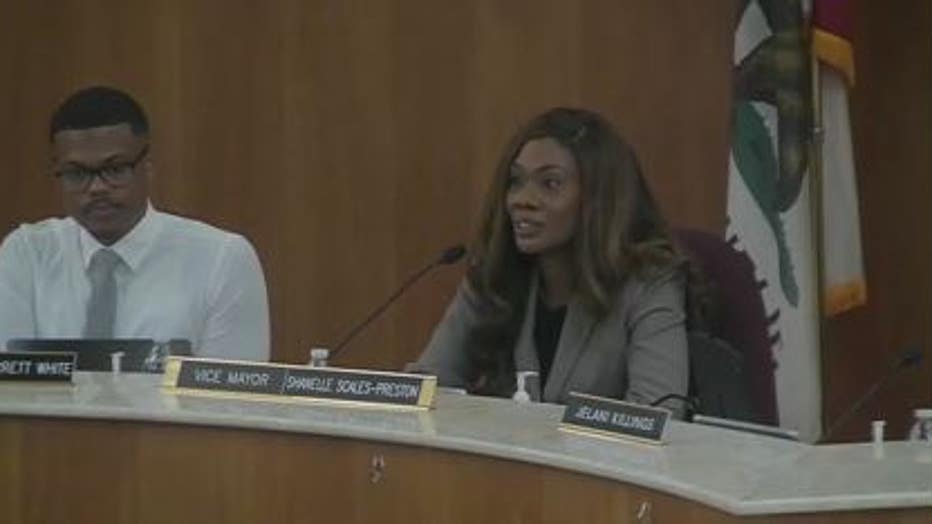 Pittsburgh Vice Mayor Shanelle Scales-Preston spoke in favor of a sideshow ordinance during the city council's meeting on May 2, 2022.

"We have had the community come out and tell us about donuts along Crestview, sideshows at Home Depot parking lot, Target shopping center, and it just needs to stop," said Pittsburgh Vice Mayor Shanelle Scales-Preston. "I mean we need to keep people safe and even the spectators safe. I mean they’re out there recording it, standing out right in the middle while someone’s spinning a donut," she added.

Mayor Holland Barrett White said that the ordinance would also serve as a deterrent to those thinking about coming into his city to engage in sideshow activity: "Not in Pittsburg. I think that's the message," the mayor said.

Violators would face a misdemeanor charge, carrying a maximum penalty of six months in jail and a fine of $1,000.