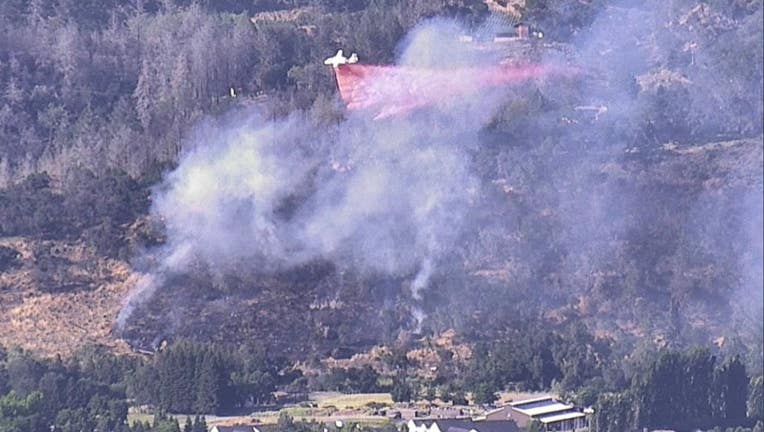 ST. HELENA, Calif. - The St. Helena Fire Department with assistance from Cal Fire continues to battle a blaze dubbed the Pope Fire on Howell Mountain in the Ridgeview area and it is currently at 80 percent containment, authorities announced at 8:56 p.m. on Monday.

The fire was first announced at 5 p.m. on Monday and is located on the south side of Howell Mountain between The Silverado Trail and Ridgeview Lane.

Members of the county sheriff's department and the St. Helena Police carried out mandatory evacuations for some residents near Pope Fire on Howell Mountain in the Ridgeview area and other parts of the mountain, authorities announced at 7:24 p.m.

The Silverado Trail at Pope Street next to Zinfandel Lane remains closed in both directions at this time. Sheriffs' office officials said the trail would be closed until at least 1 a.m. and evacuation orders were lifted.

The fire has not breached 5 acres, authorities said.