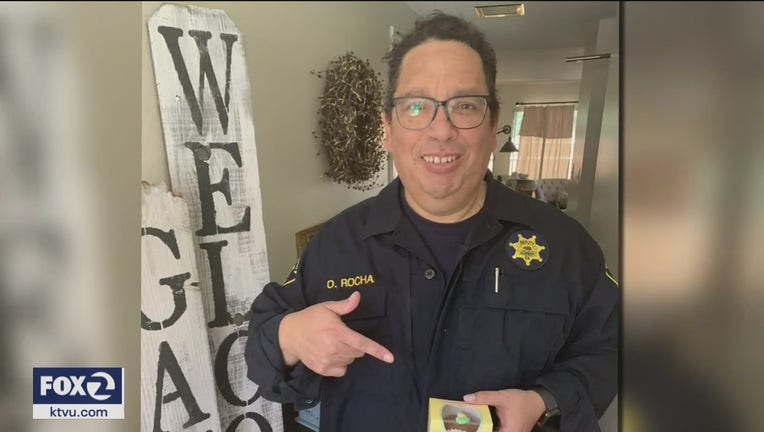 DUBLIN, Calif. - The state agency that has oversight over workplace safety has issued a fine against the Alameda County Sheriff for COVID violations stemming from either the death of a deputy or a technician.

The Cal-OSHA fine is not very large - just $2,440 -- and none of the four violations were found to be serious.

The citation also doesn't mention Deputy Oscar Rocha or technician Valerie Leon by name. It merely states that the investigation into workplace safety was "fatality initiated." Rocha died on July 23 and Leon died on July 24. The investigation was launched in July. The fine was issued on Jan. 25.

No one from the Sheriff's Office was available for immediate comment on Tuesday. The office may appeal the fines. And the violations stem back roughly six months.

Since then, the sheriff has implemented a COVID Compliance Unit, as a result of ongoing litigation between a civil rights firm advocating for better mental health and health care at the jail and the sheriff.

People inside Santa Rita jail have complained about these issues in the past to KTVU and similar complaints have come forward recently, as well. A consultant hired by the jail as a result of the lawsuit has found some COVID-related problems at the jail, but has overall found the Sheriff's Office to be improving with its coronavirus-related safety protocols.

Rocha, 56, a Danville resident and his wife, Maureen Ennor Rocha, had both contracted the disease but his wife was able to recover.

Rocha worked at the Rene C. Davidson courthouse but was also taking shifts at Santa Rita Jail where inmates had tested positive for COVID-19.

Leon, 61, died at Kaiser Hospital in Modesto. She joined the Sheriff’s Office in 1997 and worked different jobs including the courthouse in Oakland.

During the coronavirus pandemic, she was assigned to the Coroner’s Bureau where she worked in administration.

Leon had transferred to the coroner's office in March from the courthouse. Her family said she had been exposed to at least one body that died from COVID. She was always careful, regularly tested and always in her PPE and a mask, they said.

In mid-July, Leon had just come home from a road trip to the Grand Canyon with her grandchildren.

She and Rocha had been friends.

"She literally found out the night before he had passed," her son, Frank Perez told KTVU this summer. "It kind of broke her heart."

EDITOR'S NOTE: An earlier version of this story incorrectly stated that Deputy Rocha was the only Alameda County Sheriff's employee to die of COVID.