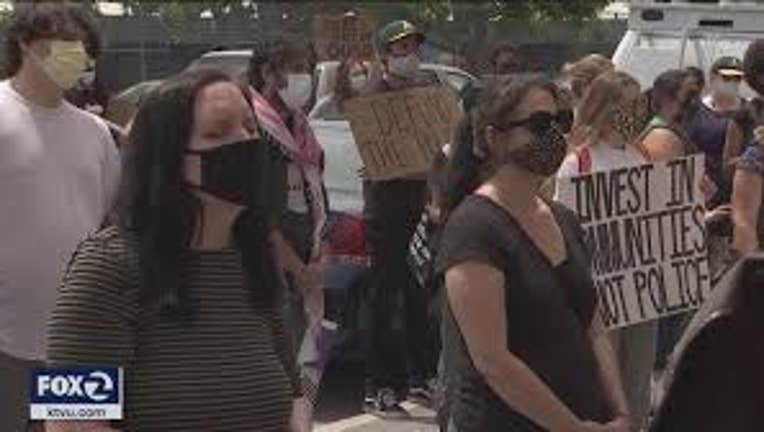 OAKLAND, Calif. - The Oakland Unified school board of education on Tuesday will hear the first ideas about what the "George Floyd District Safety Plan" will entail, including the hallmark of the program: Replacing school police officers with professionals who will be more focused on mental health and restorative justice, not punishment and handcuffs.

This new "Climate and Culture Unit," according to the plan, will have employees who are "trauma‐informed" and trained in "culturally relevant de‐escalation, alongside restorative justice principles and transformative practices." These ambassadors will focus on relationships with students and will not have a "law‐enforcement orientation."

After the board of education hears the first reading of the plan, they, in turn, will provide feedback to the community organization called the Black Organizing Project, before their Dec. 9 meeting, when the new changes could be adopted. The changes include a training plan for all staff on implicit bias and finding money to pay for case managers, social workers, psychologists, restorative justice advisors and other mental health professionals.

The goal is to completely eliminate the Oakland Schools Police Department by Jan. 1. This year, the police issue is essentially moot, as there are no in-person classes at OUSD because of the coronavirus pandemic.

The group, Forward Change, conducted research to learn just how often school police were called to the district's campuses.

Their findings: In a typical year, police make 2,200 visits. Only 6% required a police response. And 68% of the police visits were either routine checks or responses to student behavior, which, according to district policies, should not require a police response, the study found.

In June, the Oakland Unified School Board voted to eliminate the district's police force, which came in the wake of Floyd's death in Minneapolis and amid a nationwide push to reimagine policing.

OUSD's George Floyd Resolution aims to recognize and stop the school-to-prison pipeline and the criminalization of students, especially Black and Brown ones, who are disproportionately affected by these practices.

Oakland Unified's move has inspired other districts as well. On Tuesday, the Fremont Unified School Board was also considering replacing its school resource officers with mental health professionals.