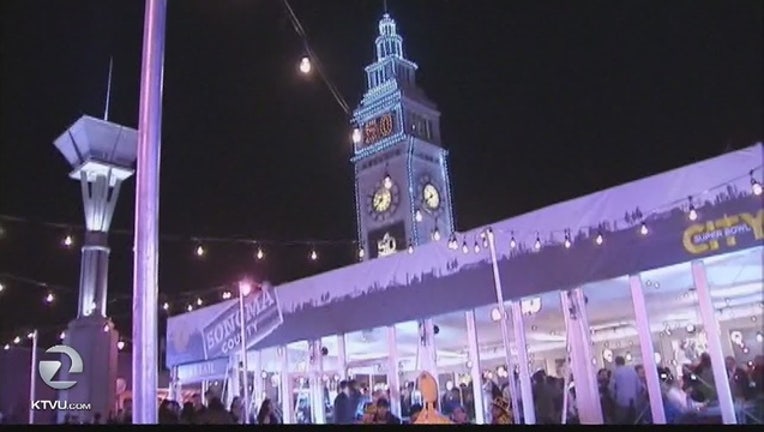 The largest crowds will be at Super Bowl City along the Embarcadero.

The day will be capped off with a free concert by Grammy award winner, Alicia Keys.

Police briefly shut down the area Friday night because of the huge crowd.

Many came for the fireworks and concerts by the pop band, One Republic, and entertainer, Pharrell.

Denver Broncos and Carolina Panthers fans are also starting to show up ahead of Sunday's game.

If you are headed to the area on Saturday, you are encouraged to take public transit.

Other events on Saturday in the Bay Area, include concerts by Metallica and the Red Hot Chili Peppers in San Francisco, an afternoon concert at the Oakland Coliseum, the Warriors play the Houston Rockets at Oracle Arena at 6 p.m., and Cal-Stanford men's basketball game in Berkeley.