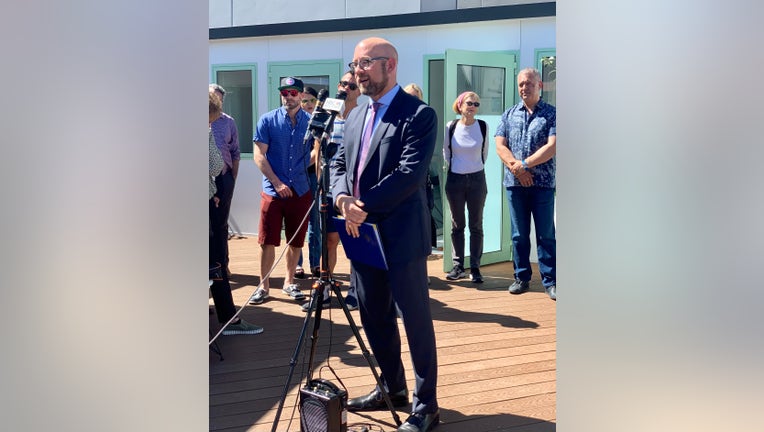 SAN FRANCISCO - San Francisco Supervisor Rafael Mandelman on Tuesday proposed legislation to ensure that homeless residents be provided with shelter more quickly and be offered a wider range of options -- including tiny homes and other non-congregate shelters.

Mandelman's ordinance, "A Place for All," would call for city policy to explicitly state that San Francisco will offer every homeless person a safe place to sleep.

The ordinance is a substitute version of an October 2020 ordinance that also sought to shelter every homeless person in the city. That legislation, however, failed to gain support at the from the Board of Supervisors Budget and Finance Committee, which sided with using safe sleeping sites to meet the demand for shelter beds.

Under the updated legislation, the city's Department of Homelessness and Supportive Housing would be directed to utilize a wider set of options to provide shelter besides congregate settings, such as tiny homes.

Mandelman spoke at the site of a tiny homes pilot project in the city's South of Market neighborhood, located at 33 Gough Street. The site, developed by Dignity Moves, has already moved in 30 people. 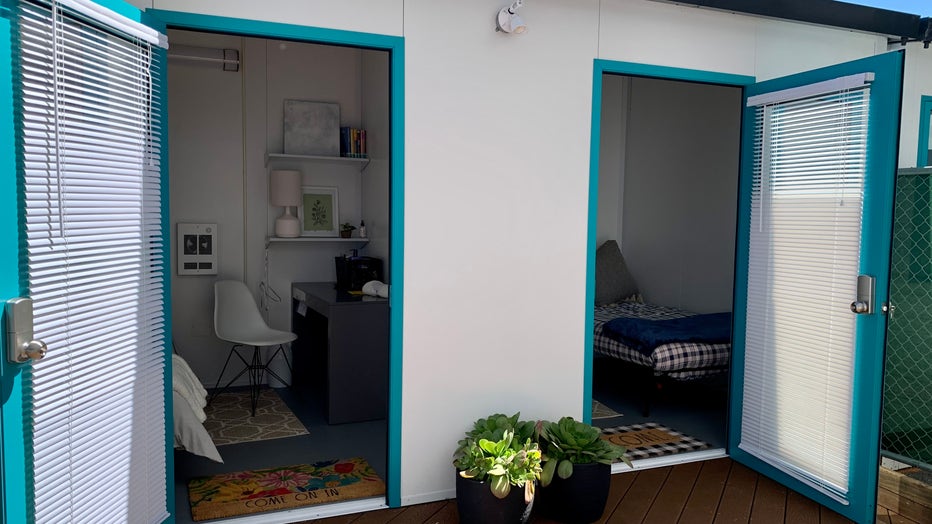 The site of a tiny homes pilot project in San Francisco, Calif. to be used as shelter space for homeless people (Photo by Daniel Montes/ Bay City News Service)

"San Francisco cannot continue to rely on residential neighborhoods as campsites of last resort for unhoused folks, including individuals suffering with significant behavioral health issues and substance use disorders," Mandelman said. "The people on our streets are getting sicker every day, preparing to die while one of the wealthiest cities in the world watches and tells them to wait for housing first, housing first someday."

"It's a question of life or death for people who live on streets," Supervisor Matt Haney said, whose district includes SoMa and the Tenderloin.

"If people don't have a bed to sleep at night indoors, they are putting their lives at risk and we can do so much better than what we're doing now," he said. "When we try to get people inside, too often we're told again and again there's no bed for them. There's no room for them in shelter. The shelter waitlist has thousands of people on it."

"What we have found is that when people go outreach into the encampments and offer a room or bed in a group shelter, the number one reason people decline is because they want their private space, so this is one more tool in the city's toolkit to create something that's attractive to people," Dignity Moves Founder Elizabeth Funk said of the tiny homes.

"Psychologically, when you feel safe, that's when you can start to think forward rather than worry about getting raped or worry about where your next meal is going to come from. That psychological sense of security is what we're trying to create here," she said.

Mandelman's ordinance would also require the Department of Homelessness and Supportive Housing to come up with yearly estimates of the number of people who would likely accept shelter if offered, and also require the department of prepare a plan to implement the opening of enough shelter space to meet the demand with 36 months.