What is Roe v. Wade? US Supreme Court decision, explained

The Supreme Court issued opinions on Monday, and once again, the Court did not include a ruling in Dobbs v. Jackson Women's Health Organization, the highly-anticipated abortion case that could overrule Roe v. Wade.

A leaked draft opinion by Justice Samuel Alito aimed to do just that, stating that "Roe and Casey must be overruled," referring to the original 1973 case that established a constitutional right to get an abortion, and 1992's Planned Parenthood v. Casey that upheld that right.

Monday was the second time the Supreme Court released opinions since Politico published the leaked draft opinion. The leak sparked protests by pro-choice activists, both in front of the Supreme Court building and outside the private homes of Republican-appointed justices.

A statement issued by Chief Justice John Roberts the day after the draft was published called the leak a "betrayal of the confidences of the Court," and said, "The work of the Court will not be affected in any way." 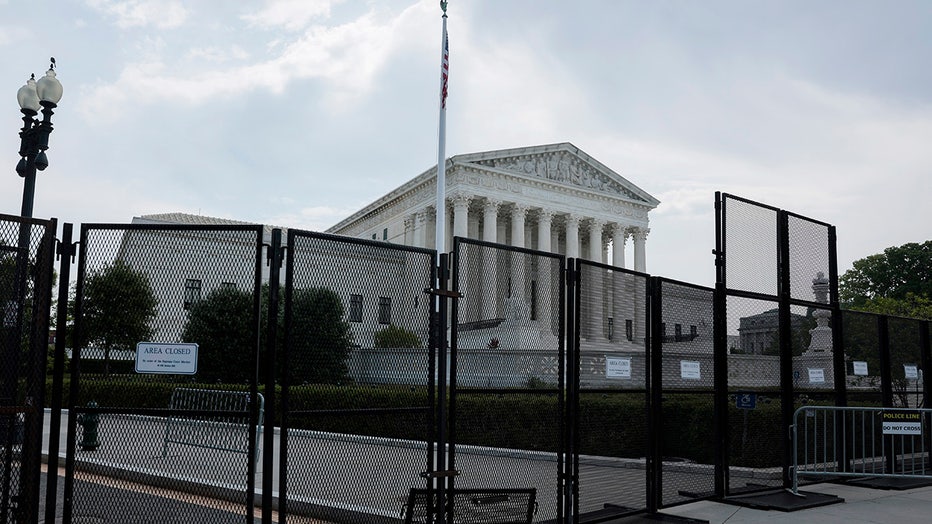 A view of the U.S. Supreme Court Building on May 20, 2022 in Washington, DC. (Photo by Anna Moneymaker/Getty Images)

The Court appears to be holding true to that statement. Typically, opinions in the most high-profile cases come out in the final weeks of the court's term in June or July. By not ruling on Dobbs in the weeks immediately following the leaked draft, the justices are showing that they are not in a rush to break that tradition, even with the protests.

Roberts said in his statement that he had called on the Marshal of the Court to investigate the leak and find its sources. The statement was included in a press release from the court that made clear that the court’s members "circulate draft opinions internally as a routine and essential part of the Court’s confidential deliberative work, and that "it does not represent a decision by the Court or the final position of any member on the issues in the case."

A Department of Homeland Security memo dated May 13 reported by Axios detailed ongoing investigations into threats to "burn down or storm" the Supreme Court building. It indicated that the protests outside conservative justices' homes "are likely to persist and may increase leading up to and following the issuing of the Court’s official ruling."