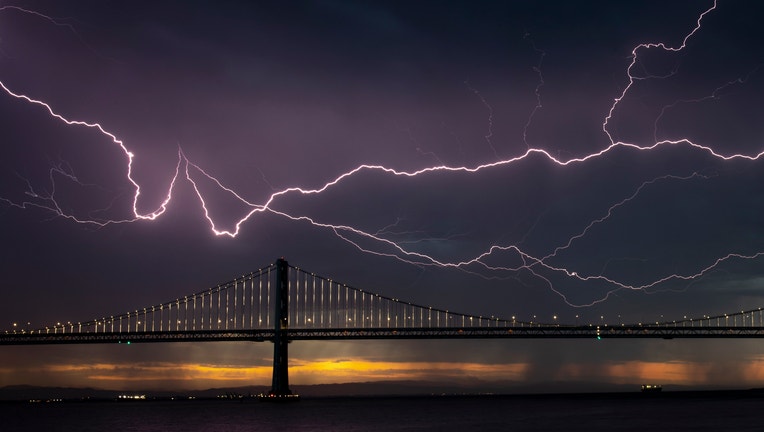 OAKLAND, Calif. - The National Weather Service on Tuesday said there will be enough moisture and lift in the air above the Bay Area late in the night and into early Wednesday for a slight chance of showers and thunderstorms.

The area possibly affected extends from coastal North Bay areas to Big Sur in the south and the Diablo Range to the east.

Some of the storms could result in dry lightning, the weather service reported, saying this is a "low confidence high impact" situation.

Fire danger is already high in the Bay Area and Northern California, as inland temperatures will reach triple digits Tuesday through at least Thursday, prompting an excessive heat watch. People are advised to drink plenty of water, check on elderly people and those without air conditioning, and to limit outdoor activity when possible.

Many will recall the Lightning Complex Fire from exactly two years ago today. The Bay Area was awakened early on a Saturday morning by a severe electrical storm.

Big Basin Redwoods State Park in the Santa Cruz mountains was destroyed in the fire, but the forest is recovering and visitors are even starting to come back to the partially reopened park. 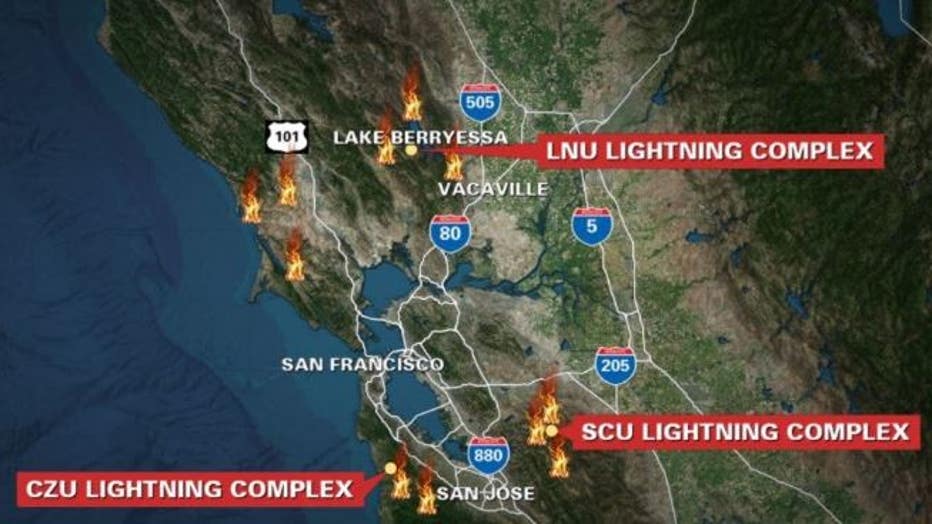 A heat advisory is in effect for parts of the Bay Area on Wednesday. KTVU Meteorologist Rosemary Orozco has the complete forecast that includes the possibility of lightning strikes.

KTVU and Bay City News Foundation contributed to this story.