MARIN CITY, Calif. - As wealthy parents around the country are ponying up thousands of dollars to pay private tutors and create pandemic pods to supplement their childrens’ education during the coronavirus pandemic, a tiny California city is trying to provide that for students from low-income backgrounds.

In Marin City -- population 3,000 -- parents, philanthropists and grassroots activists are scraping together every dollar they can to keep several  “community learning hubs” running for low-income students. The median income in Marin City is $42,000 a year and it's located just a mile away from the extremely affluent Sausalito, north of San Francisco.

To date, there are three hubs serving about 50 high school students at a cost of $20,000 a month, organizers said. The students get to attend for free. Two meals a day are provided. At some hubs, the coaches are would-be college-age students who stayed home because of the virus shutdown.

And while small, the effort by Marin City community members is Herculean: They are providing human instruction to the most at-risk and disadvantaged children as frustration with Zoom-school mounts and as glaring disparities grow between those who have reliable internet and outside tutors -- and those who do not.

"A lot of these kids were marginalized before the pandemic," said Bettie Hodges, executive director of the Hannah Project on Drake Avenue, which offers a hub open during the school week from 8:30 a.m. to 2:30 p.m. and serves about two dozen high schoolers. "And with distance learning, they were climbing the walls. They were isolated. We're trying to make this a community space for them." 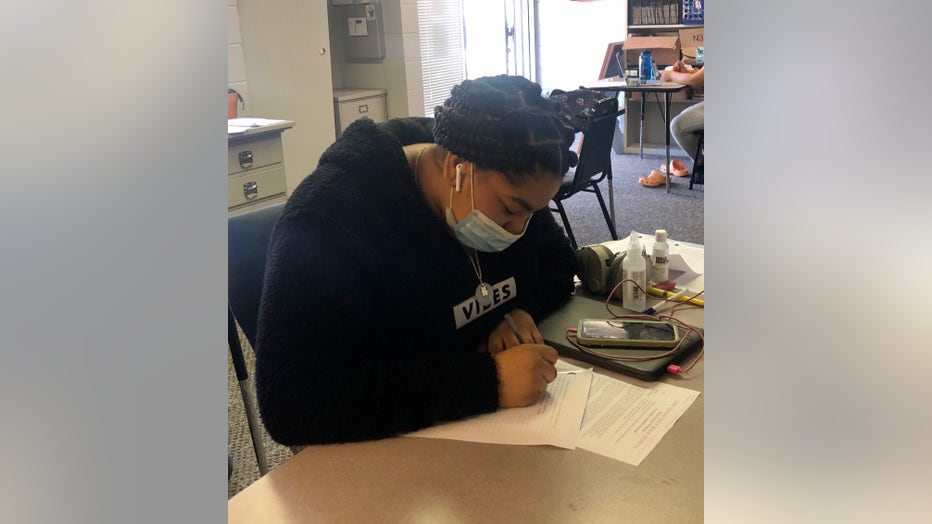 A student learns at a Bridge the Gap community hub in Marin City.

Nearly three months into the school year, the learning hubs are making a difference. They are not replacing regular school; the centers are supplementing the virtual district lessons with in-person help.

“My friends and I do our Zooms together,” said Nimai Hammari, 17, senior at Tamalpais High, who attends in-person sessions at a community hub twice a week. “It’s a  really nice space to do our work. It’s nice to see my classmates. It really makes a difference. It gives me the school-feel again.”

Her father, Neil Hammari, said that usually, all three of his children have been at the top of their class. But with distance learning, his son is disinterested with lessons and secretly plays Fortnite while the teacher lectures in the background. And his older daughter’s grades had slipped.

So the fact that his older kids can now get help at a learning hub twice a week with actual mentors is something to be grateful for.

“We’re a very low-income family,” he said, noting he lives on Social Security and his wife is a preschool teacher. “This is a godsend.” 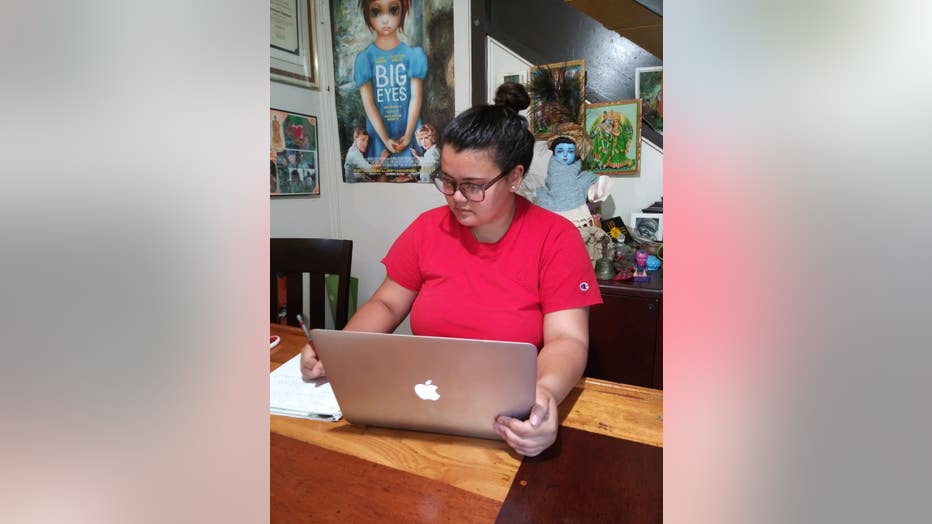 Free community hubs had been created for Marin City elementary and middle school children as well, spearheaded by school board candidates, Jennifer Conway and Alena Maunder, who raised money to keep them going. Recently, those hubs disbanded because in-person school is back in session for the younger children.

The pair was inspired by San Francisco Mayor London Breed, who teamed up with the YMCA to provide a learning hub program that the city hoped would serve 6,000 disadvantaged children. To date, about 1,100 are actually enrolled in the free hubs that provide full-time academic support and activities at 55 sites, including rec centers and libraries. The San Francisco Chronicle reported that if San Francisco can add another 2,000 students, the total cost would be $40 million through the fall term.

Indeed, the real-life-learning is an expensive oasis to keep afloat. In Marin City, the money is coming piecemeal from the school districts, a nonprofit called Marin Promise and a patchwork of individual donors.

The hubs may be hard to replicate in larger cities.

Some educators point out that the areas where students need in-person help the most, such as Oakland's Fruitvale District, are also often neighborhoods with essential workers, who also have higher rates of COVID-19.

“All of the hubs may have to continue for several more months, and will need funding,” said Lisa Raffel, executive director of Bridge the Gap College Prep, which provides afterschool help for those in need.

She said it’s almost like two school systems are running simultaneously; the real one and then the one the community is supporting by hiring aides to help the kids with their online learning and people to deep-clean the spaces.

In Marin City, the three hubs for high schoolers are being held at Bridge the Gap College Prep; the Hannah Project & Wise Girls and the West Marin Community Center.

But Raffel said to her, and others, there is no other alternative.

And so she and her peers are continuing to fundraise and write grants for as long as they have to.

“We have kids who can’t go to school at home. They have no WiFi, no space,” Raffel said.  “We can’t afford for any child to fall behind.” 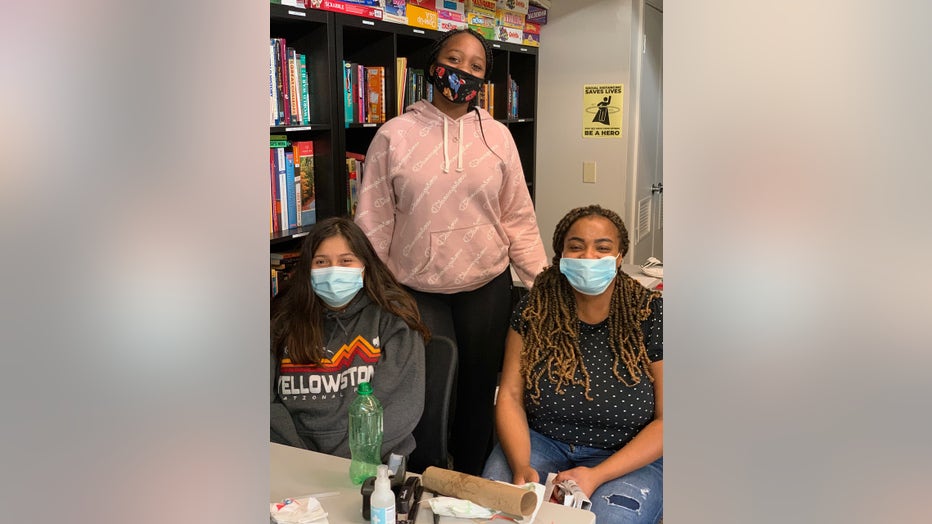 Students learn at the Bridge the Gap learning hub in Marin City.