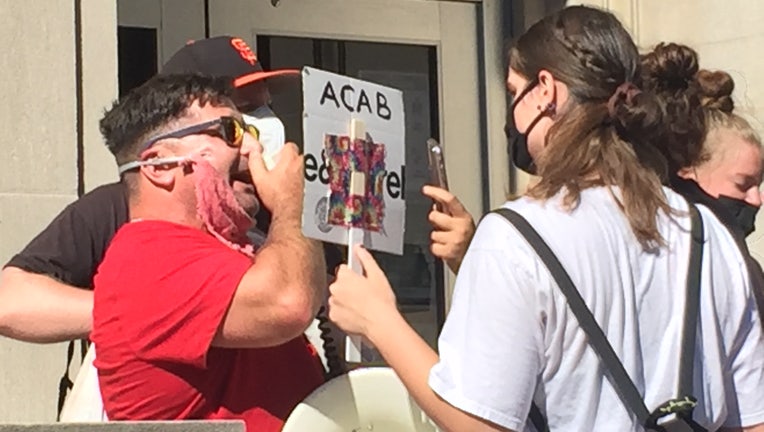 MARTINEZ, Calif. - Two people accused of defacing a Black Lives Matter mural on a
Martinez street in July are scheduled to return to Contra Costa County Superior Court for a jury trial on hate crime and vandalism charges.

Attorneys for Nicole Claudia Anderson, 42, and David Richard
Nelson, 53, made a brief appearance in court Tuesday. Anderson and Nelson were not present at the hearing.

Though the hearing itself lasted only a few minutes, a protest
outside the Bray courthouse building where Tuesday's hearing took place went on for over an hour, with one defender of the alleged mural defacers squaring off against protesters. 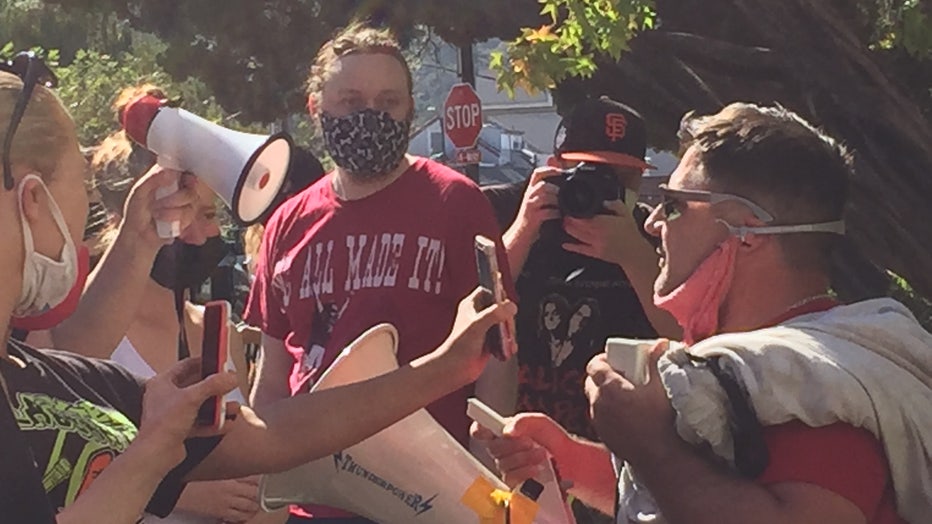 The protest was organized by Martizians for Black Lives, the group
that requested the right to paint the BLM mural in front of the courthouse on July 4.

After Essayli left the area, protesters got into an altercation
with a man who was not immediately identified. That man argued with the members of the crowd for over half an hour.

"You guys are ruining the country with your liberal lies," the man
shouted out at the crowd, using a bullhorn. "You don't support free speech - why don't you go to China!"

Justin Gomez, a Martizians for Black Lives organizer, said, "It
was good for protesters to stand in solidarity with Black community members."

As for the counterprotester's statements to the crowd, Gomez said, "It's that kind of language that promotes racism."

But things got testier after the counterproster appeared to have
been pushed backward over a hedge, and later pushed down in the street in front of the courthouse. The counterprotester was escorted by Sheriff's deputies to the county jail lobby.

Both were processed at the Martinez police station, cited for
misdemeanor battery and released, Estanol said.

Anderson and Nelson were recorded on video in July while trying to cover the freshly completed mural in front of the Wakefield Taylor Courthouse on Court Street in downtown Martinez.

In that video, Anderson is seen using a paint roller to cross out
letters of the mural, saying such a mural "is not happening in my town." 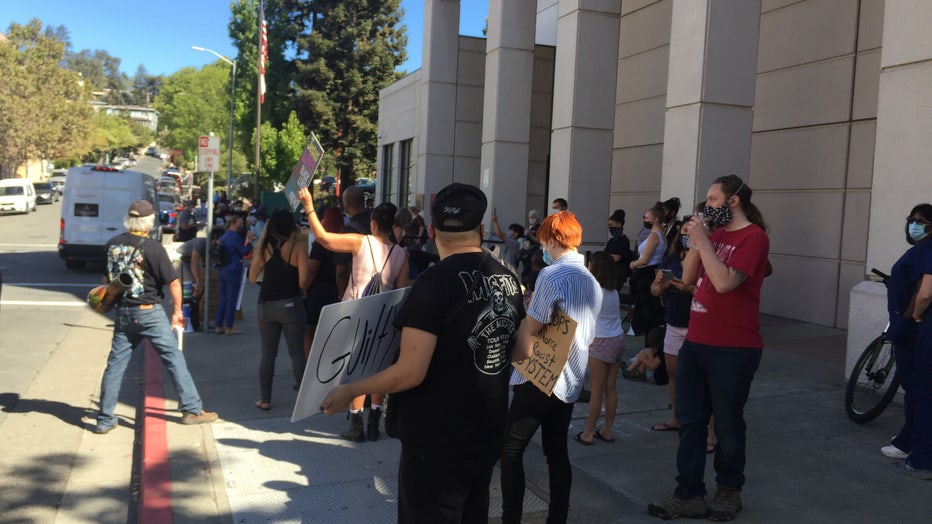 About 60 people gathered in front of the A.F. Bray Courthouse in Martinez Tuesday as the pair charged with vandalizing the Martinez BLM mural on July 4 appeared in court. (Photo: Sam Richards/BCN Foundation)

Nelson was standing near Anderson, making a video of her painting over the mural, saying, "There is no oppression, there is no racism, it's a leftist lie." The couple appeared soon afterward on a conservative TV host's program, where they were praised for their actions.

District Attorney Diana Becton's office had charged Anderson and
Nelson each with three misdemeanors -- violation of civil rights, vandalism and possession of tools to commit vandalism or graffiti.

Essayli said that, unless the District Attorney's Office drops the
charges, he expects a jury trial in January to move ahead. He hopes his clients can get a fair trial.

Essayli, an attorney representing Anderson and Nelson, was hired
by the Center for American Liberty, a conservative group that described its mission as fighting "against growing anti-free-speech and anti-civil liberties trends."

The mural no longer exists, having been paved over as part of a
street improvement project a few weeks ago.