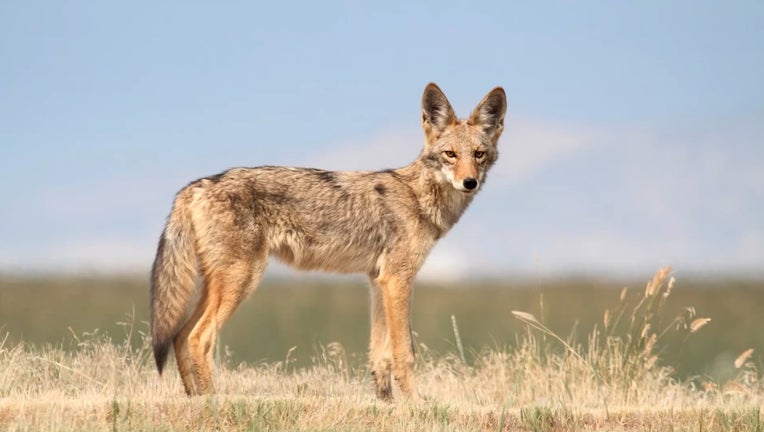 File Photo. A coyote is seen here staring towards the camera in Northern California.

MORAGA, Calif. - The California Department of Fish and Wildlife on Friday announced that the coyote behind five attacks in the East Bay has been caught and euthanized.

Fish and Game Capt. Patrick Foy said the coyote walked into a trap on Thursday, which had been set by the U.S. Department of Agriculture off Calle de Montana in Moraga.

Foy said this "unusually aggressive" coyote attacked children on July 9 and February 16, and three men on Dec. 4 and 15 and Feb. 19.

In the most recent attack, a man who was bitten near a Quik Stop in Lafayette sent his clothing to a lab for DNA testing.

And that DNA concluded that the coyote was the same in all five attacks, which occurred in Moraga and Lafayette, officials said.

Now, UC Davis veterinary staff will be conducting a rabies test on the coyote, officials said. There is no current evidence to suggest the coyote is rabid, but checking for the disease is a standard operating procedure in an animal attack investigation such as this one, Moraga Police Chief Jon King said.

Capturing the coyote was a joint effort by the California Department of Fish and Wildlife, U.S. Department of Agriculture - Wildlife Services, the Moraga and Lafayette Police Departments and Contra Costa County Animal Services.

Anyone who is interested in obtaining more information about coyotes and living around them can go to www.keepmewild.org where there are helpful tips on how we can all better coexist with coyotes and other wild animals.