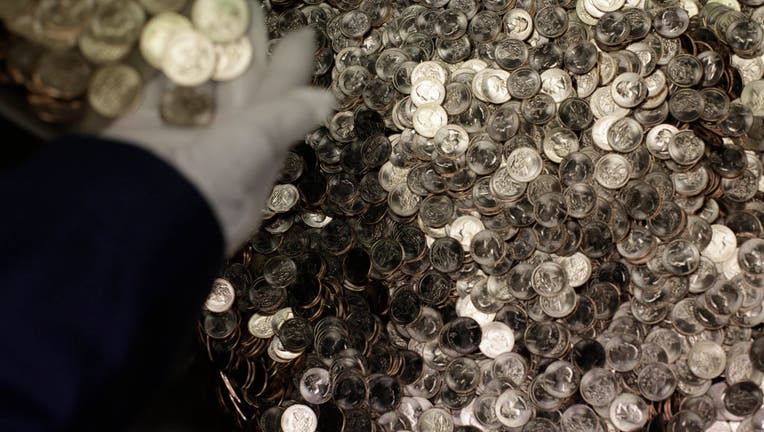 Newly pressed quarters are moved into a bin for transport at the United States Mint in San Francisco on it's 75th Anniversary of the Hermann Street Facility on Tuesday, May 15, 2012 in San Francisco, Calif. (Photo By Lea Suzuki/The San Francisco Chro

SAN FRANCISCO - Poet and author Maya Angelou, America’s first woman in space and a revered Cherokee Nation leader are among female trailblazers whose likenesses will appear on the U.S. quarter.

The new four-year American Women Quarters Program celebrates women's accomplishments and contributions to the United States' development and history, according to the U.S. Mint.

Under the program, the mint will issue up to five new designs each year from 2022 to 2025. Honorees will be from a variety of fields and from ethnically, racially and geographically diverse backgrounds, the mint says.

Those chosen for the first year are:

Cherokee Nation Principal Chief Chuck Hoskin Jr. and Mankiller’s husband, Charlie Soap, expressed gratitude for Mankiller's inclusion in the program, saying her influence and leadership made her a fitting choice.

Mankiller became one of the United States’ most visible Native American leaders during her 10 years as chief of the Cherokee Nation of Oklahoma, from 1985 to 1995. She died in 2010.

"We thank the U.S. Mint for recognizing Wilma and the other recipients for such an honor," Soap told Indian Country Today. "Wilma was a humble, spiritual, great leader whose leadership was not only for Cherokee people but for all women and races. The real value of this coin is the inspiration it brings to Indian people and women everywhere."