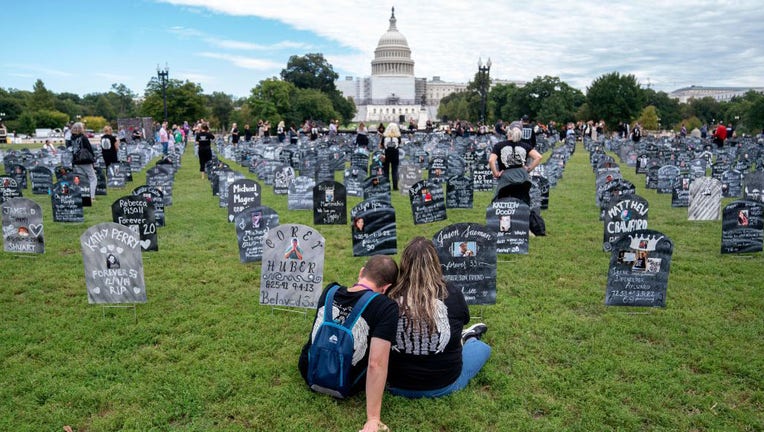 FILE - People who lost relatives to a drug overdose sit among imitation graves set up near the US Capitol in Washington, DC, on Sept. 24, 2022. (Photo by STEFANI REYNOLDS/AFP via Getty Images)

WASHINGTON - Nearly 107,000 Americans died of drug overdoses in 2021, according to final figures released Thursday by the U.S. Centers for Disease Control and Prevention.

Meanwhile, life expectancy in the U.S. also declined last year, which the CDC said was primarily due to COVID-19 and unintentional injuries — which include drug overdoses.

Earlier, provisional data suggested more than 107,000 overdose deaths last year. A CDC spokesman said that the numbers may have changed as some additional death records have come in.

Also, provisional data includes all overdose deaths, while the final numbers are limited to U.S. residents, he noted. 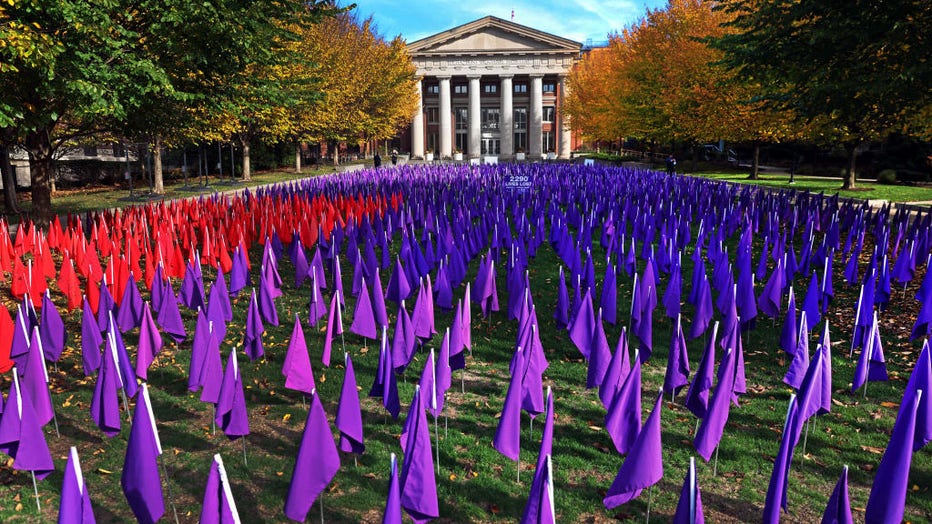 US life expectancy dropped in 2021

Meanwhile, life expectancy in the U.S. fell to about 76 years, 5 months in 2021, a decrease of 0.6 years from 2020, the CDC’s National Center for Health Statistics said. It was the lowest recorded figure since 1996.

The report noted how the drop in life expectancy in 2021 was largely due to increases in death caused by COVID-19, unintentional injuries — which include drug overdoses — as well as "chronic liver disease and cirrhosis, suicide, and homicide."

US life expectancy drops a full year in COVID-19 pandemic

Top 10 leading causes of death in US

Heart disease continued to be the leading cause of death, followed by cancer and COVID-19, according to the report.

Chronic liver disease and cirrhosis became the 9th leading cause of death in 2021, while influenza and pneumonia dropped from the list of 10 leading causes. The remaining leading causes in 2021 — unintentional injuries, stroke, chronic lower respiratory diseases, Alzheimer's disease, diabetes, and kidney disease — remained at the same ranks as in 2020, the CDC said.