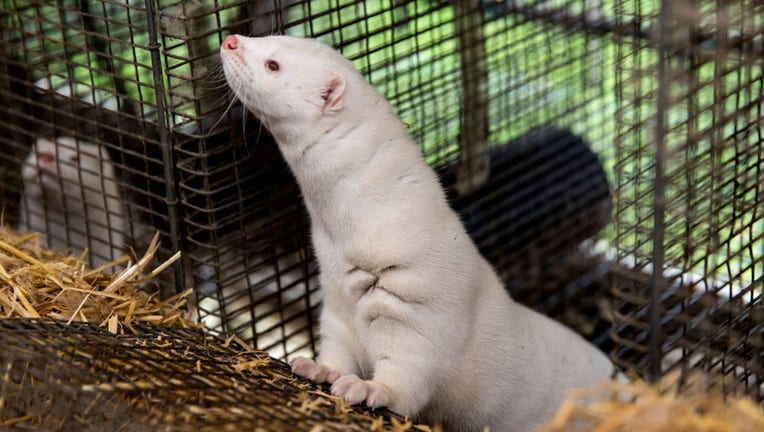 The Van Wert County Sheriff’s Office said the vandals destroyed fencing, and approximately 25,000 to 40,000 mink were released from their cages. The property owner later advised that many of the animals remained on the property and were corralled by employees at the farm.

As of Tuesday afternoon, an estimated 10,000 mink remained unaccounted for, the sheriff’s office said.

Riggenbach said so many mink were killed crossing a nearby roadway that a plow was brought in to help clear the carcasses away.

"The Sheriff warns local residents and area farmers that Minks are carnivorous mammals that stick to a diet consisting of fresh kills," the Van Wert County Sheriff’s Office wrote in a post on Facebook. "They regularly hunt prey bigger than themselves. As a result, they can be a bothersome pest for homeowners, livestock owners, and property managers."

The sheriff’s office added that mink have proven to be "especially costly and problematic for poultry ranchers as well as homeowners with ornamental ponds filled with koi and other fish."

In a later update, the sheriff’s office added that the mink are considered "domesticated animals/livestock" and likely lack the skills to survive in the wild.

Riggenbach declined to discuss any potential motive for the overnight vandalism or say whether any suspect has been identified as his office investigates.

A farm manager told WANE-TV that someone left a spray-painted message with the letters "ALF" and the phrase "we’ll be back."

A group known as the Animal Liberation Front had previously claimed credit for releasing a much smaller number of mink at the farm in a previous incident years ago, the Times Bulletin in Van Wert reported.

"We wanted to contact ODOT to make them aware and let them come out and just assess what the roadway was looking like and if there were any steps they felt were appropriate to deal with the animals being killed on the roadway," Riggenbach told local news outlets.

The sheriff urged people who spot them not to approach them and to contact the farm or trappers for recapturing. He said residents who want to hunt or trap mink must make sure they understand what related rules and exemptions apply in their area.