Oakland Police Department is investigating a triple shooting on the 900 block of International Boulevard. The shooting happened Friday night. The victims were taken to area hospitals for treatment.

Officials said BART police responded to reports of a shooting. The victim was transported to a hospital for treatment.

Oakland Police Department confirm there was a shooting on BART's property, near 7th Street, but said BART was leading the investigation.

Officials did not indicate any arrests had been made. There was no suspect information available. No further details on what led up to the shooting were provided. The Citizen app reported the shooting at around 6:30 p.m.

BART said the shooting did not impact train service. 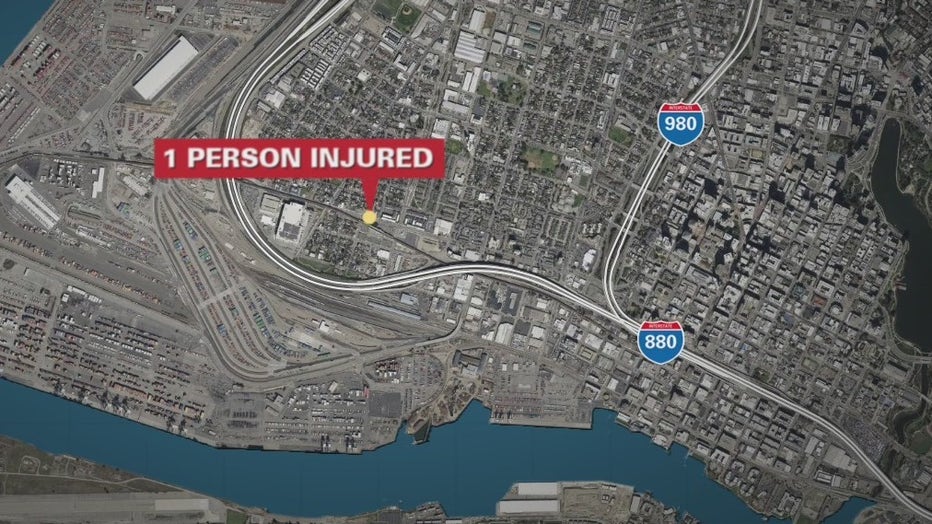 Then, just before 8:30 p.m., OPD responded to a shooting on the 900 block of International Boulevard. They located two victims suffering from gunshot wounds. Officers rendered aid until medics arrived and transported the victims to local hospitals. Police said they later learned that a third victim from that scene had arrived at an area hospital. The third victim sustained injuries from being hit by flying glass. "All the victims are currently listed in stable condition."

No suspect information was available. The circumstances of this shooting were unclear. Police said the investigation is ongoing.

Oakland has been dealing with a rash of gun-related violence in the past several days. The most high-profile of those incidents was a shooting on a school campus Wednesday. Six adults affiliated with Oakland schools were injured. Police are saying that shooting was gang related.

Earlier on Friday, two people were shot in the Laurel district. Police said both victims survived and one had to be taken to the hospital.

OPD Chief LeRonne Armstrong has said federal help is needed to deal with the shootings and escalating gang violence.

An earlier version of this story mistakenly reported the incident at International Blvd. was a triple shooting. A correction has been made.

As Oakland grapples with a series of recent shootings, including gunfire that wounded 6 at a school, Police Chief LeRonne Armstrong said federal resources are needed. He also said that much of the violence stems from conflict among gangs within Oakland, San Francisco and Vallejo.