SACRAMENTO, Calif. - Retail giant Walmart has teamed up with Santa Clara based-Intel hoping to bring some holiday cheer and light to this unusual holiday season.

This month, Walmart said it’s offering a spectacular drone-driven light show at eight locations across the country, including one in Sacramento. Spectators were being invited to watch the free show from the safety of their own car or from a designated viewing area right next to their vehicle.

“This year’s holiday season feels like it needs more than the standard set of lights,” the company said.

Walmart and Intel team up for drone holiday light show

The “Walmart Holiday Drone Light Show” was described as “an all-new magical experience” involving almost 1,000 drones that would be launched to create three dimensional holiday images flashing across the night sky. The images were being set to a soundtrack of classic and contemporary holiday hits.

Organizers said Intel's cutting edge drone lights would blur the lines between art and technology. “... each Intel drone serves as a pixel of light that paints the night sky with dynamic 3D animations to create a vivid and truly unforgettable story,” Walmart said. 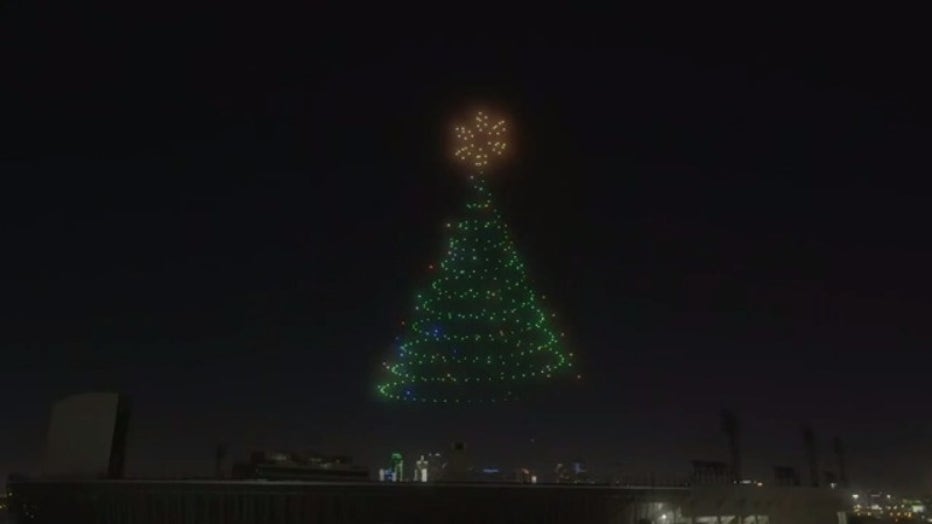 Walmart teams up with Santa Clara-based Intel for “Walmart Holiday Drone Light Show.” The drive-in event is being held at eight locations around the country, including Sacramento.

The retailer said it was seeking ways to help families mark seasonal traditions during a time they thought it might not be possible amid pandemic restrictions. “After a particularly tough year, we want to help families end the year looking up,” said William White, chief marketing officer at Walmart. “We want customers and communities to enjoy a moment of rest, peace and hope.”

The first live light shows were held on Friday and Saturday, one in Kansas City, Kansas and the other in Dallas.

The show is set to make its appearance in Northern California on Friday, Dec. 18 outside the Sleep Train Arena in Sacramento.

The event is free, but reservations must be made in advance to attend. Once a ticket is confirmed, families will receive an email with a QR code, which will grant their vehicle entry to the event. Click here for reservations. Tickets are available while supplies last.