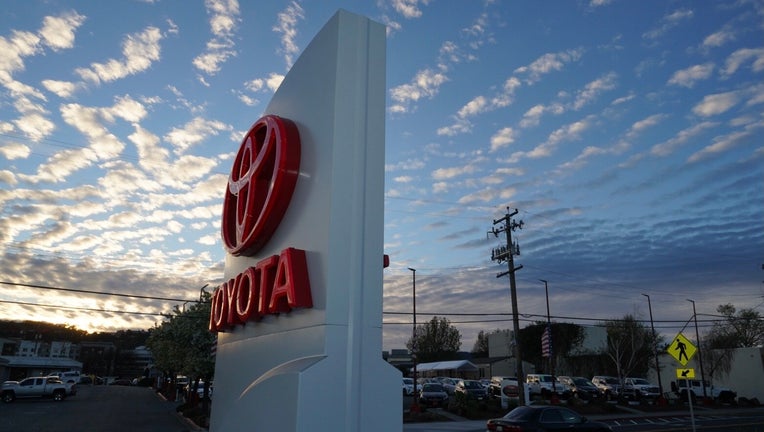 Looking east toward North Main Street from the Toyota dealership at 2100 North Broadway in Walnut Creek, Calif. on Wednesday, February 17, 2021. The Walnut Creek City Council unanimously decided to move forward with the dealership to explore rezoning

The boards will discuss the plan and provide Toyota and its applicant - REAL Development - feedback and take input from the public.

The project would convert ten parcels fronting both sides of North Broadway and the east side of North Main Street into a mixed-use special district. The current Toyota dealership at 2100 North Broadway wouldn't be affected, but adjacent parcels would. Toyota currently uses those spaces for service, vehicle and parts storage, and used car sales.

Toyota has said the new development would be a prototype for dealerships nationwide. The project would feature auto uses on the ground floor, with multiple floors of housing, up to the city's current limit of 50 feet, above the retail.

Council members and former planning commissioners Cindy Silva and Cindy Darling formed an ad hoc committee in February to work with Toyota on the proposal. The auto company filed its official application in March.

Moving forward, the city would have to rezone the land - currently zoned for auto sales and repairs - and amend its general plan, as well as its North Downtown Specific Plan. The project would be subject to city design review, as well as state environmental review, which could take anywhere from six months to a year. A supplemental environmental impact report is already in the works.

The planning commission would also have to approve it before it went to the City Council for a final decision.

Members of the council said in February the project offered opportunities to increase pedestrian access to BART and an opportunity for city auto dealers to collaborate on inventory space.

Toyota has said the pandemic has altered the way auto dealerships do business, which is becoming more online centric, requiring less on-site space for inventory.

Since about a third of Walnut Creek's sales tax revenue comes from auto sales - and cities are looking for ways to increase housing density, especially near transit - mixed-use spaces are a logical answer.

Expanding vertically in the area could more than triple the current taxable acreage, from 6 to 20 acres. And, while Walnut Creek currently meets state housing goals, required numbers are expected to increase significantly after 2022, according to a city report.

In February, Toyota officials showed the council slides of mixed-use possibilities - including hotel rooms, and apartments over ground level auto showrooms and other retail uses.