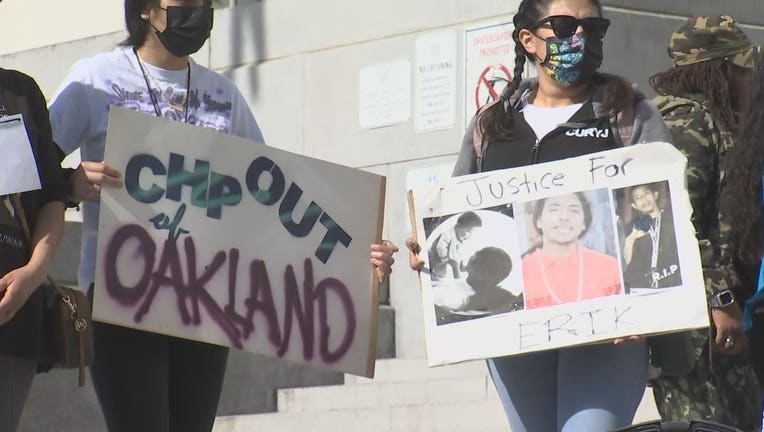 Protesters decry the fact that the DA did not charge CHP officers for the death of Erik Salgado. April 5, 2022

OAKLAND, Calif. - Family and friends of Erik Salgado are protesting the District Attorney's decision to not charge the California Highway Patrol officers involved in his death.

Relatives and supporters gathered on Tuesday in front of DA Nancy O'Malley's office in Oakland to rally against the decision to let the officers off the hook. They carried signs that said "CHP out of Oakland" and "Justice for Erik." They were joined by others who have lost loved ones at the hands of police, including the families of Oscar Grant and Steven Taylor.

The DA’s findings mean that none of the officers will face criminal charges for the shooting of the 23-year-old Oakland man as the DA found them to have been justified in using deadly force.

Three CHP officers, Eric Hulbert, Donald Saputa and Sgt. Richard Henderson, were named in the 2020 shooting that resulted in Salgado getting struck at least 16 times.

His pregnant girlfriend, Brianna Colombo, who was in the passenger seat, was wounded but survived.

The CHP officers said it was a chaotic scene the night of June 6, 2020, which unfolded following the failed attempt to pullover Salgado. They described how they opened fire amid fears that one of the officers on scene had been struck and pinned by the suspect’s vehicle.

Salgado was driving a Dodge Charger, one of 72 cars stolen from a San Leandro car dealership three days earlier.

But family and friends said that Salgado was not trying to run away or harm the officers.

"It took her two years to say that it was ok to shoot 16 rifle bullets into my son for a stolen car," said Erik’s mother Felina Ramirez in Spanish. "Erik was just 23 years old. His daughter, Liliana, has to grow up without a father. Where is the justice?"

Ramirez's voice was choked with anguish as she spoke to the crowd. 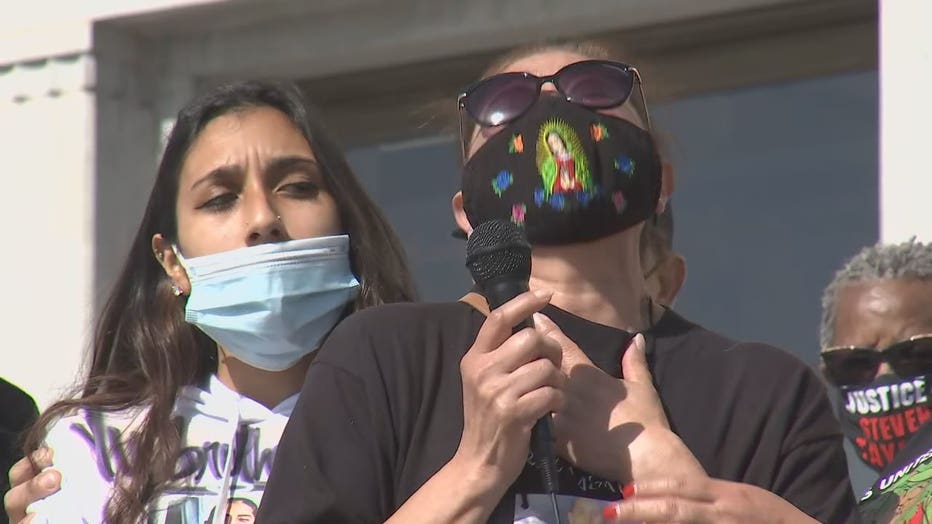 Erik’s mother Felina Ramirez voice was choked with anguish as she spoke to the crowd.

Added civil rights attorney John Burris:" "Erik was not attempting to run over the officers, he was trying to flee, and then his foot came off the brake when they killed him."

SEE ALSO: The 6 lives lost in the Sacramento mass shooting

George Galvis, executive director of Communities United for Restorative Youth Justice, said that the government is working to protect corporate profits and not public safety.

"Why is the CHP auto-theft task-force armed with AR-15 rifles?" asked Galvis. "CHP recklessly endangered the community and stole a young man’s life for a car—and the DA justified it."

An administrative investigation by CHP might still result in discipline for the officers.

And a civil lawsuit brought by Salgado’s 5-year-old daughter, Colombo, and Salgado’s mother is pending against the three officers and CHP. 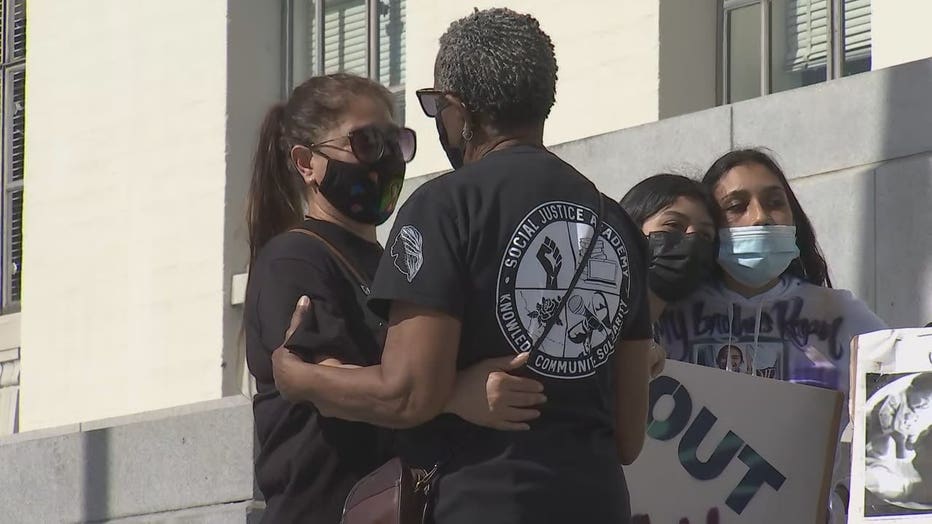 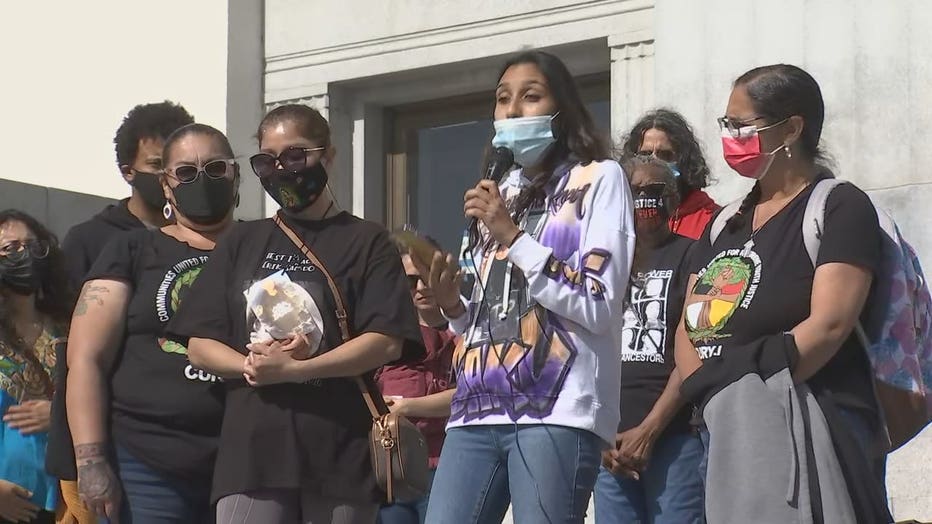 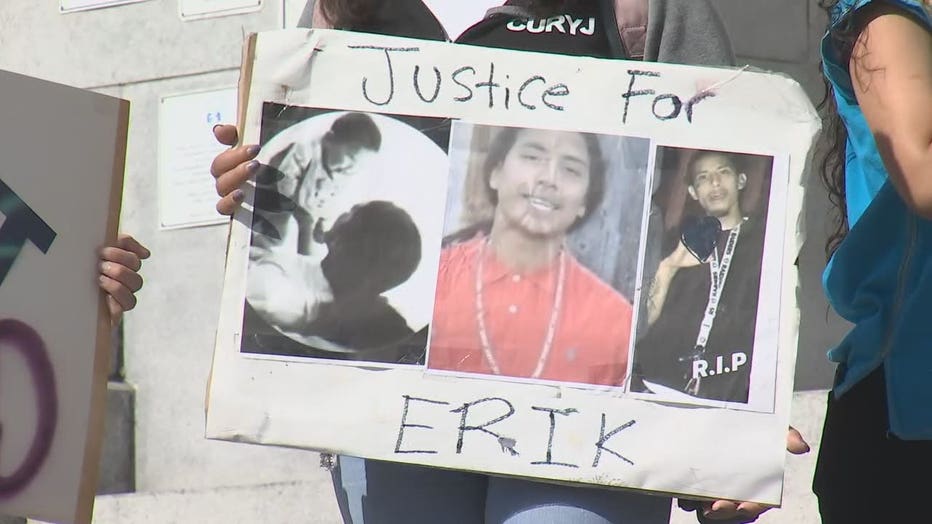 Protesters decry the fact that the DA did not charge CHP officers for the death of Erik Salgado. April 5, 2022 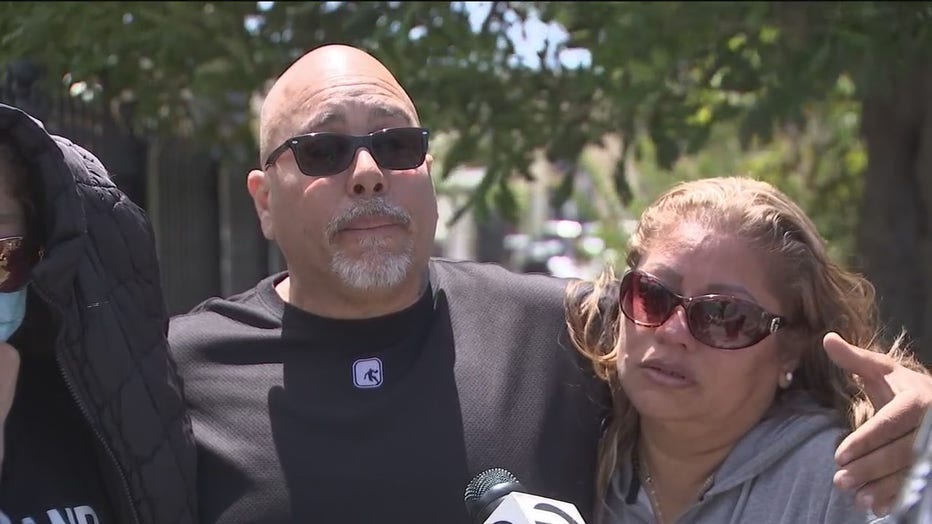