Small fires broke out Saturday in parts of the Bay Area as the region remained in the grip of hot weather for a second day.

Firefighters were confronted by wildfires near Santa Rosa and the Altamont Pass on Saturday as the Bay Area baked under high temperatures.

The fires did not pose immediate threats to people or property, according to authorities. 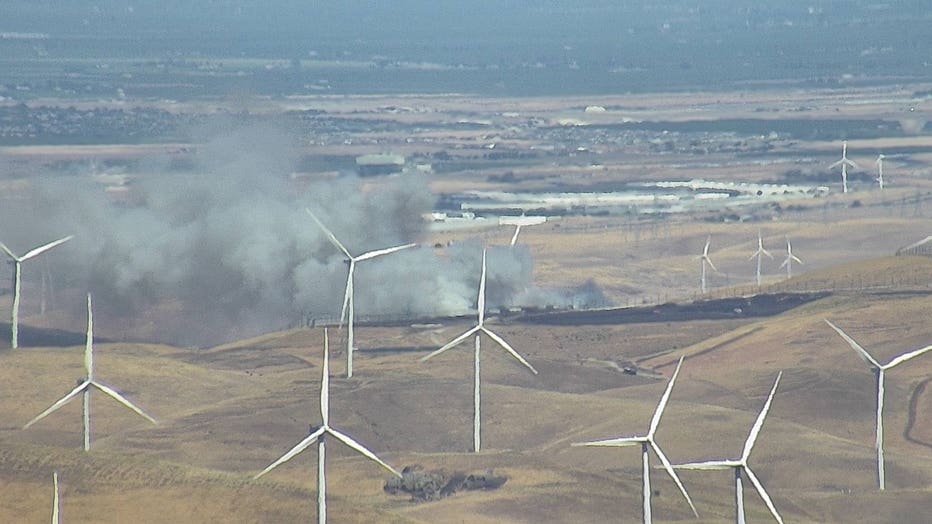 The Kelso incident was a fire that started near the Altamont Pass on June 11, 2022. Photo by Cal Fire SCU (KTVU FOX 2)

The fire near the Altamont Pass was described as a "large debris fire" by Cal Fire's unit that covers the East Bay and named the Kelso incident because it started near Kelso and Bruns roads.

The fire outside of Santa Rose on Riebli Road was quickly brought under control, according to the Sonoma County Fire District. Cal Fire is investigating what caused the fire.

Authorities did not specify the exact size of either fire.